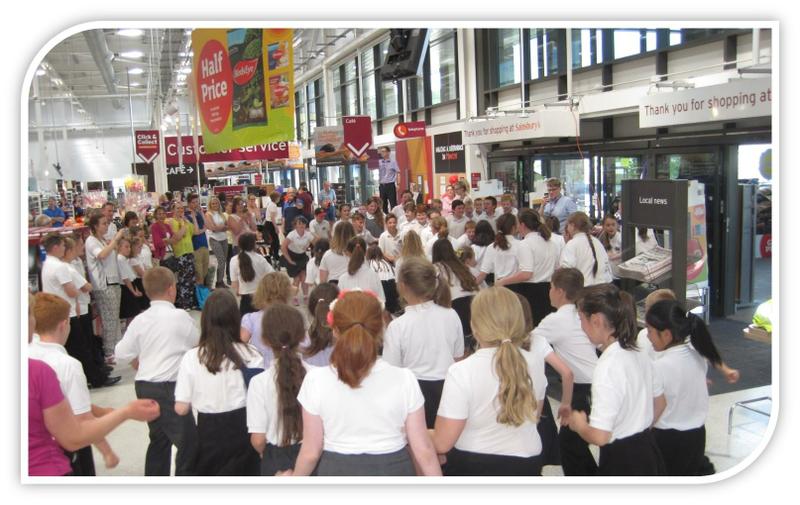 Do you know what a flash mob is?  It is a when a group of people assemble suddenly in a public place, perform an unusual and seemingly spontaneous dance act for a brief time, before quickly dispersing. They are often used for the purposes of entertainment!

It was way back in March during the Year 6 dance programme when Mrs Greenwood proposed the idea to the Year 6 team of performing a ‘flash mob’ to celebrate the end of the year.  No encouragement was needed as it was a unanimous YES from all! She then set about planning the idea and came across dancer Jane Fullerton who has helped to put a piece together. So, over the past 4 weeks the year 6 have been rehearsing in secret to produce a piece to ‘Uptown Funk’ – a very catchy tune. The aim was to surprise people around NLS and in a few public places and to get the whole school dancing for the end of term. 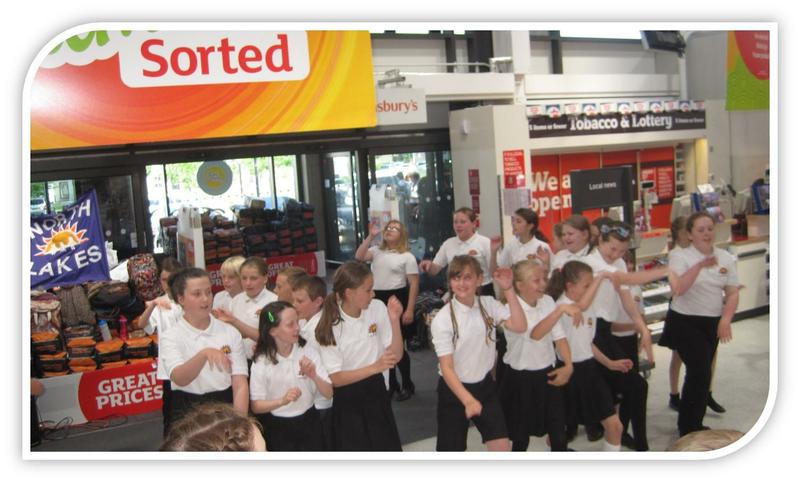 The first performance was at the end of a playtime when the whole school was going about their usual routine until music began to play and the Year 6 congregated and danced away! All pupils were taken by surprise, some a little confused and others keen to boogie on down with the Year 6 team. Our second performance was at Sainsbury’s Store during the bag pack. The choir had just performed and then Uptown Funk started to play and so singers became dancers. The Year 5 choir members this time joined the force as well as a few keen shoppers and parents! Have a look on the school Facebook site for our wonderful performance – it certainly gave the shoppers a nice surprise in the grocery aisle!

This is "Y6 'Uptown Funk' Flashmob at Sainsbury" by North Lakes School on Vimeo, the home for high quality videos and the people who love them.