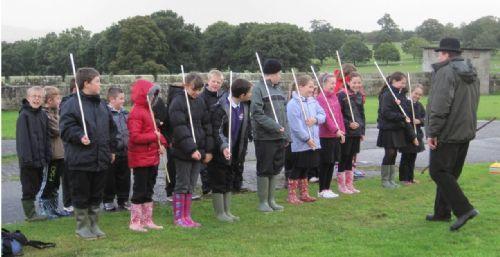 At the end of September Years 5 and 6 visited Lowther Castle for a World War 1 day. An interactive day was enjoyed by all. There were 3 different focuses for learning: Food in 1914, Drill and Trench training and Natural Habitats in the gardens. 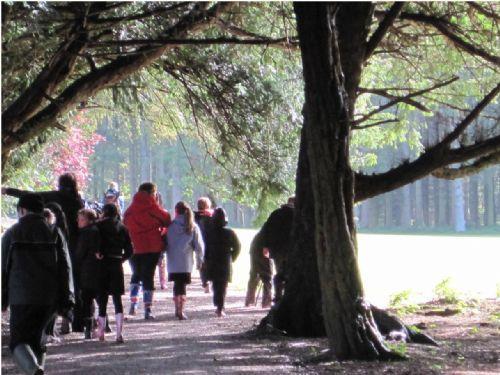 We got a real flavour for the types of food available in 1914. The soldiers’ rations were very limited and monotonous. It was surprising what was available at home though, including custard powder, some varieties of chocolate and Horlicks. The difficulty during this period was preserving the food so that it was edible when the soldiers in the trenches came to eat it. We identified many foods that we eat today, including treats like Jelly Babies!! 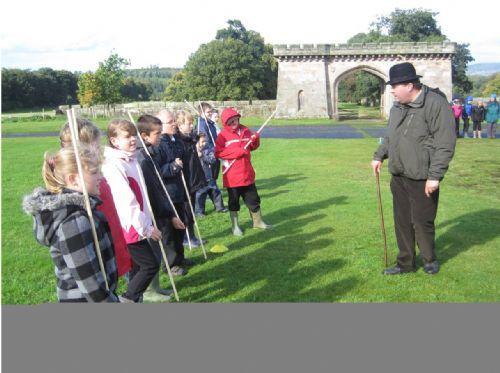 It was apparent that training was very harsh. We also learned that the Lonsdale Pals trained in front of the castle prior to further training in Wensleydale before going off to the front. We found it hard to follow instructions to the left and right and march precisely. 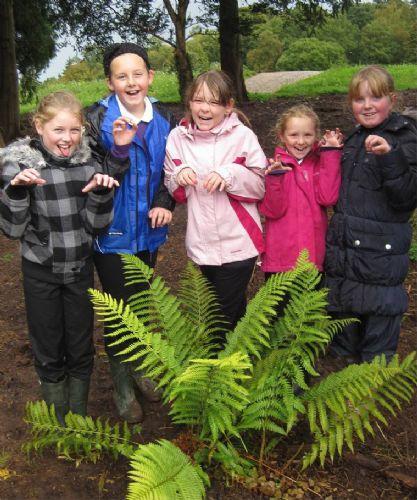 We learned that various strategies and techniques were employed as men charged towards the enemy, with silent signals and commands. The session in Lowther Gardens provided us with an opportunity to observe the excavation work . We saw the remains of the kitchen garden which would have provided food for the house. We also looked at natural habitats and the flowers which would attract bees for pollination. We followed the tracks of the moles, which are nocturnal animals and prefer to emerge at night, although many have been seen during the day.