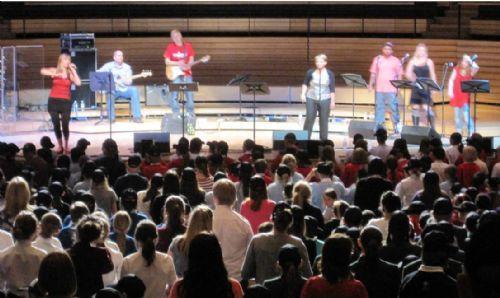 The choir entertained the crowds at the Summer Fair, which was great preparation for their performance at ‘The Big Sing Comes Home’ at The Sage Gateshead, where the children performed 18 songs with around 100 children from all across the North of England.

The choir went on a school trip to the Sage in Gateshead. The theatre was massive and a really wavy shape! They said there were over 90 schools taking part in the Sage! WOW! We got really cool baseball caps with all the sponsor names! 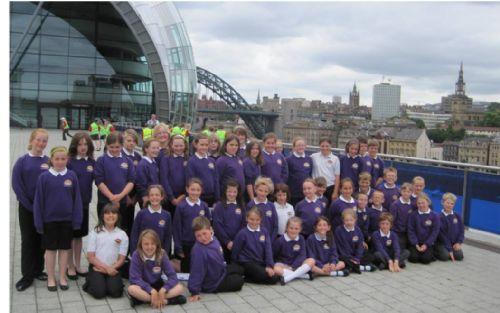 We sang lot of fun songs - we were there for 3 hours singing songs, a long time but it was great. There was a song called Living On A Prayer, we sang that right at the end. We loved that one it was so loud and lively! There were loads of children and they were all singing their hearts out! It was mega, mega loud. When the children got back on the bus they found someone to sit next to and the bus set off. Most of us sang all the way unlike the people that wanted a sleep and a rest from singing! What a great day!