Learning was extended beyond the classroom when our inquisitive and creative Year Six, 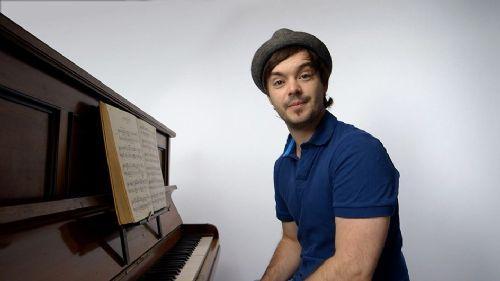 travelled to Carlisle for a journey into the past and to explore a universe of music!

First stop on this action packed day was the Vue Cinema on Botchergate. Facing two giant screens, the cinema was full to the rafters with excited children ready to begin an incredible journey with the BBC’s specially commissioned Ten Pieces. As Y6 anxiously awaited their voyage into the unknown, the light dimmed and the atmosphere became electric! Suddenly Barney Harwood appeared like a hologram from Doctor Who. ‘The moment you start making music, the adventure begins”, were his opening words.

Instantly, the children were transported on a classical journey which included Greig’s ‘In The Hall of the Mountain King’, a clear favourite with the audience, and concluding with Stravisnky’s ‘The Firebird’.  Young faces were captured by the enchanting strings and the majestic brass section performed by the talented National Orchestra of Wales in a giant aircraft hangar! Many students were lost for words when the lights came up; ‘Anna Meredith was fabulous and energetic, we wanted to be part of the immense colour and drama’ said Abby and Ellie.

“It was thrilling! The Hall of the Mountain King brought me alive like a firebird! I love music, furthermore it inspires me’ said Tyler.

Interestingly, the very first piece was ‘Mars, Bringer of War.’ This is one movement from The Planets, written by Gustav Holst, which was first performed between the years 1914-16, during the start of World War One. The music was written for a big orchestra, and Holst chose to include a very large percussion section! 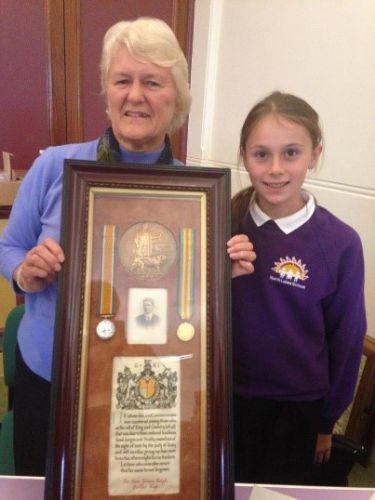 After this superb start to the day, Y6 then walked to Carlisle Castle, carefully retracing the route of the Lonsdale Pals though the city centre. Rumbles of hunger could be heard as the troops reached their destination - the Cumbria Museum of Military Life. Jules, the outreach officer, delivered an informative and interesting assembly which explored the centenary of WW1 which consequently set the scene for inquisitive workshops.

Learning about the life of a Lonsdale Pal was gripping, as children explored a Pal’s uniform, kit and day to day life in the trenches. The final days of battle were brought to life with modern day images of the Somme – children were mesmerised, inquisitive questions were flourishing and everyone was thinking very deeply.

Finally, artefact handling with the curators brought one surprise which no one was expecting. A death medal belonging to Private Sam Relph caught the eye of one of our adult helpers, Mrs Baker (Abbie’s Gran).  To everyone’s astonishment, Pte Relph was Mrs Baker’s Great Uncle – this caused a buzz of excitement and was a great celebratory way to close a fantastic day where children’s imaginations had been sent flying!