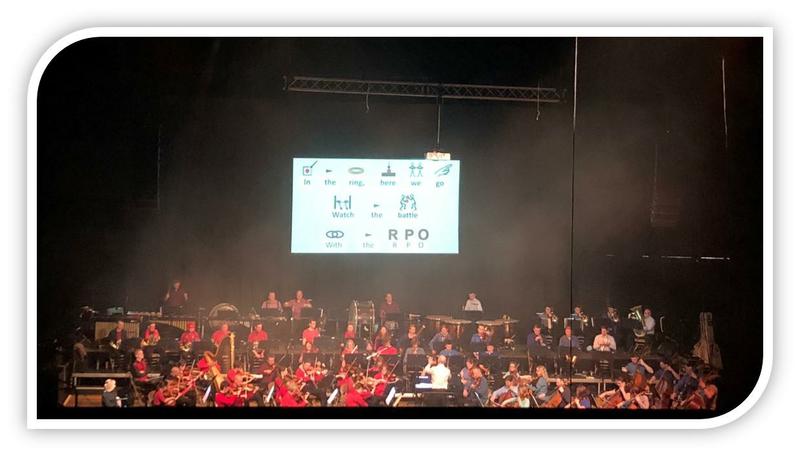 Several children were invited to a Concert at the Sands Centre. The Royal Philharmonic Orchestra (RPO) played along with Cumbrian school children.  The concert was led by Trinity School in Carlisle who did a fantastic job of presenting.  The Sands was full.  The children who access Grasmere along with our Orchestra Musicians were invited to attend.

It was a fantastic experience.  The majority of us were sitting at the back and had the most amazing view of the musicians and the Lazer show.  One of our pupils who is transported in a wheelchair had to sit at the front. We could hear his shrieks of delight. He rocked throughout!!!  All the children sat mesmerised and were thoroughly entertained. Audience participation encouraged everyone to get up and feel the beat! 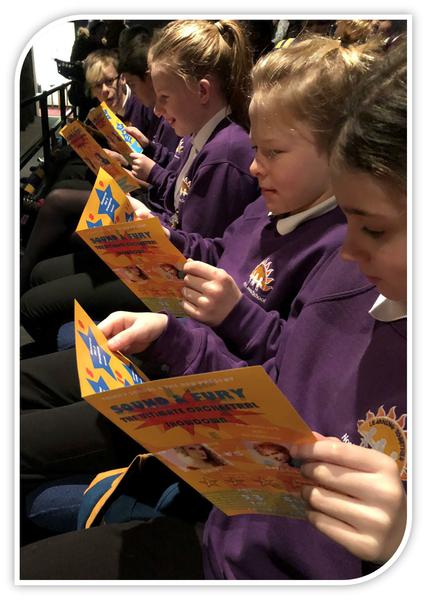 Popular tunes were played by the Orchestra and foot tapping and clapping could be heard throughout the venue. The orchestra were stupendous and enjoyed tasks set by the young presenters. For example two instruments had to fight it out to the Rocky Theme Tune! We learned so much about the individual instruments and the orchestra entertained us in more ways than one!

The performers entertained us but actually had a great time themselves. Fun and good humour were only too apparent as they played for us.

Our North Lakes orchestra members had such great role models. Some of them have just started playing within a group of musicians for the first time.  The professional musicians from the RPO are top of their game and they practice until they play their instruments expertly. However their team work and commitment to one another was very obvious.  It takes all of the musicians to make a good orchestra. Their support of each other and the younger participants was evident. So join an Orchestra near you! Come to North Lakes!