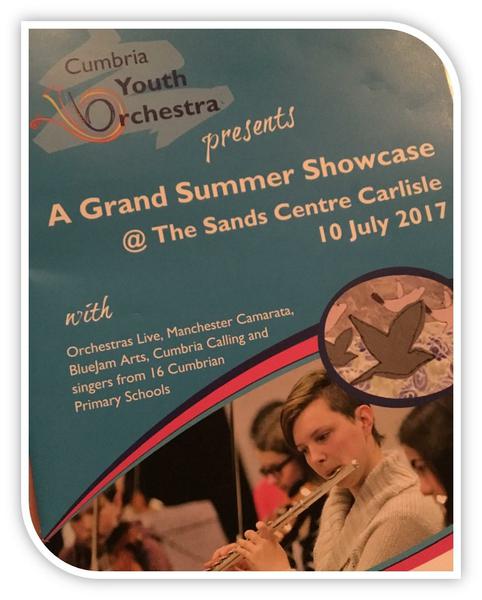 On Monday 10th July, 40 members of Y5&6 choir travelled to Carlisle Sands centre to take part in a very special performance.  The joined 16 other primary schools to form a massed choir and perform One Small Bird accompanied by Cumbria Youth Orchestra.

The spectacular concert began with Cumbria Youth Orchestra performing traditional works by Schubert and Gershwin. This was followed by the premiere of a young composer project ‘Cumbria Calling’, written as a collaboration by 30 secondary aged students from the North of the county and led by composer Andy Smith from Manchester Camerata. (Andy also wrote Pulp 2016 that our choir sang at Chant in Workington).

‘One Small Bird’ featured around 450 primary school children from North Cumbria and the Eden Valley. It was a song cycle about the Red Necked Phalarope written by Jilly Jarman from BlueJam and Kate Stillitz, first performed at the Royal Albert Hall last year.

Our choir members gave a platinum performance and were excellent ambassadors.  Macy (Y5) wrote and performed a special poem about the Red Necked Phalarope and Y5&6 artwork, completed with Miss Bland, was also used as a visual element during the performance. 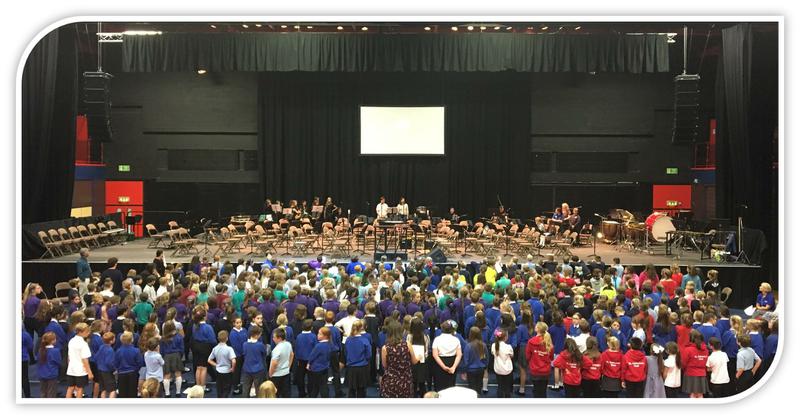 Our special thanks go to Cumbria Music Education Hub and Jilly Jarman for all of their help and support; also to our helpers – Mrs Head, Mrs Hudson, Mrs Sewell and all of the parents and staff who came and supported on the evening.  It was a long evening but it isn’t every day that you get to perform with musicians from Manchester Camerata, and such a large orchestra!