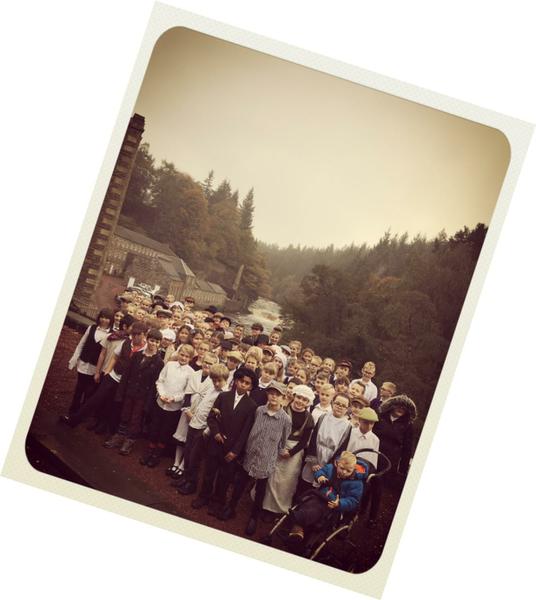 The Autumn Term has been a very exciting time for Year 5 and 6; they have been exploring the life of Queen Victoria and her impact on the Victorian era. Our Victorian topic has raised many questions about morality in these times: the working conditions of the working-class; how children were often treated poorly and how the plight of these unfortunate people ultimately contributed to the boom of the economy and industry. Visiting New Lanark Mill, in Scotland, helped contextualise our learning and allowed us to learn about Robert Owen, a revolutionary for his time, who tried to tackle some of the social and ethical problems that existed at that period. The following extracts are from children’s recounts that were written after visiting the Mill and help to highlight how progressive Mr Owen was for his time.

‘Arriving at NLS was extraordinary, for my classmates were all dressed up in a variety of clothing and bursting with excitement… Once we arrived, the first activity was to go on a sort of ghost ride, that took you on an adventure through the Mill with a little girl, called Annie McLeod. She told us some horrifying stories about how children were forced to work several hours a day, under extremely difficult conditions, and how a life for a worker at this time was not particularly pleasant…’ 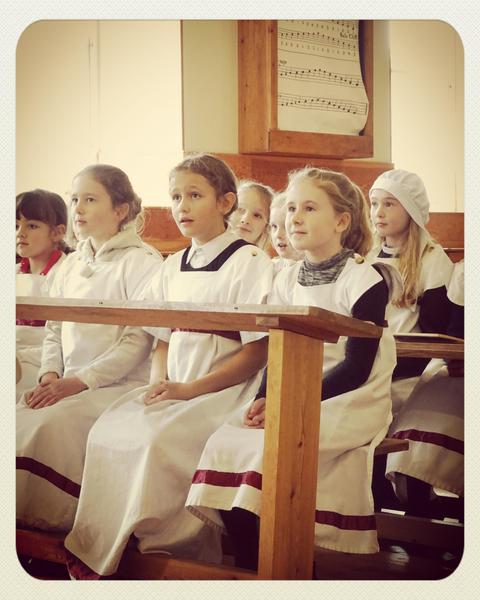 ‘Having left the ride, we heard a loud rumbling coming from down the corridor. As we approached – it became louder and louder and I suddenly realised that we were expected to enter the room where the noise was coming from! The horrific noise was in fact being made by something called a loom (a sort of textile machinery used at the time). To give you some understanding of how loud it actually was, the tour guides, who were showing us around, were having to wear earmuffs - if they spent too much time in the room, it could make them go deaf! This made me think about the poor Victorian workers, who spent their days in these conditions…’

‘However, it wasn’t all bad news! On a guided tour of the grounds, we learnt a lot about the man who created the site that we were standing on – Robert Owen. Our guide explained how he worried about the people that worked for him and tried to make a positive impact on their lives, consequently making many changes to how society worked and how we live today! Did you know that he was the man to kick-start Fair Trade? Well, I didn’t either! He started a fair system where workers could buy things in the village shop for reasonable prices, knowing that they would be of good quality. He also was a very progressive man in the education world: he believed that children were entitled to an education so made it compulsory that children under twelve would attend his school…’ 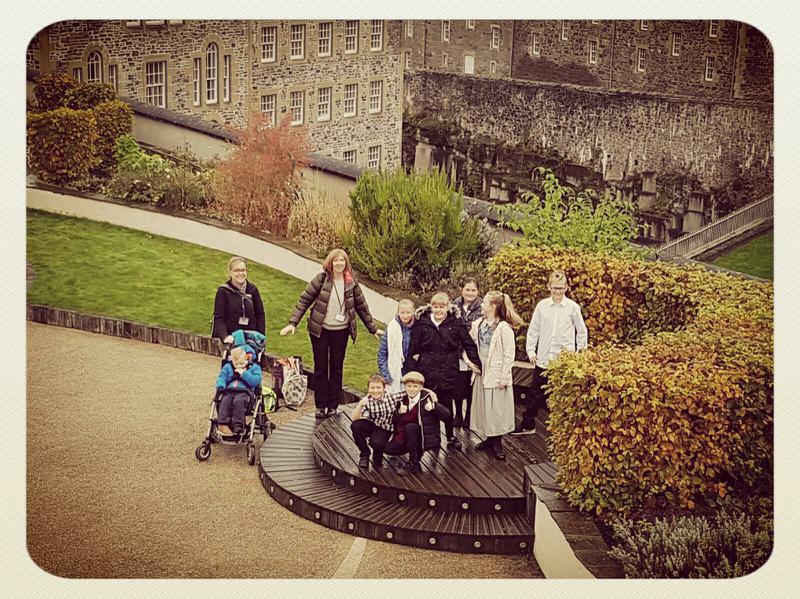 As you can see from the children’s work – we had a fantastic day and learnt so much about a relatively unknown yet amazing Victorian, who made significant changes that have affected how we live today.