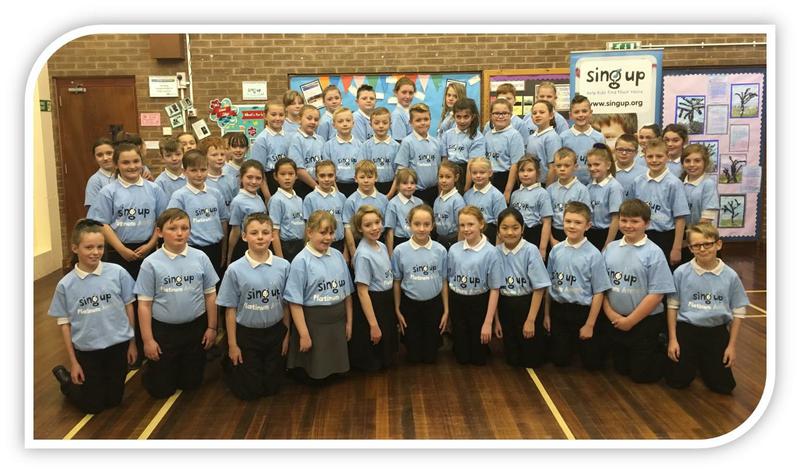 North Lakes School, the Penrith Platinum Sing Up Singing School, are once again flying the flag for Cumbria as they ‘Spread a little singing’ for National Sing Up Day on Wednesday 3rd February 2016.

The day began with a special National Sing Up Day warm up where the children sang a collection of this term’s favourite songs including ‘One and a Million’ the Sing Up Day anthem by Emily Barden, and the hit song ‘Rather Be’. Earlier in the term our Helen Skelton popped in and listened to rehearsals, saying we had ‘an amazing choir’.  The video of our rehearsal has been seen by over 7,000 people since it was uploaded online. Sing Up said “Great part-singing and harmonies… Fabulous”

During the day, everyone at North Lakes celebrated in a variety of ways;

“North Lakes is very proud to be a Platinum Sing Up school, we have worked hard on this year’s song and the Whole School are singing in harmony and in parts,” said Martyn Soulsby, Music and Singing Subject Leader. 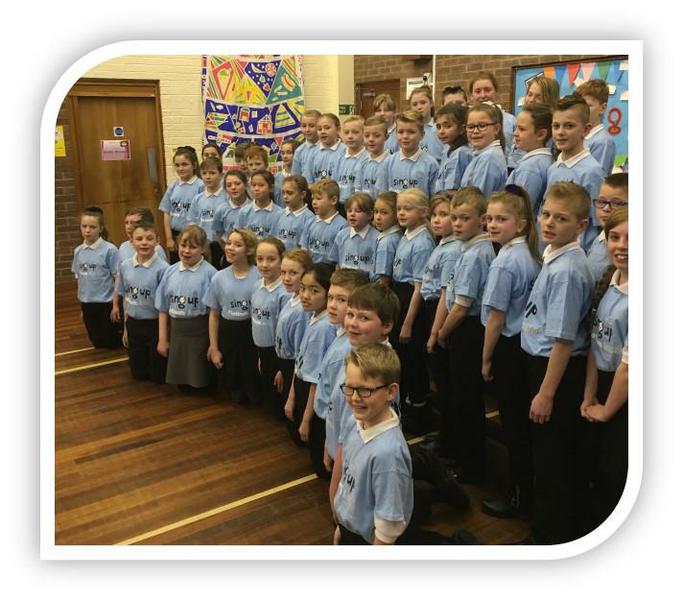 The day concluded with a special celebratory assembly where new singing leaders were announced and awarded with their prestigious badges – there are now over 30 in school who lead part singing, motivate teams and act as singing role models.  Parents and friends of the school were invited to join with this special celebration where children performed and recorded their version of the Sing Up Day anthem ready to send to Sing Up HQ to be included in the National Digi-Choir.

Mike Pincombe, Headteacher said, “As an inclusive school that works hard to support children as learners and as good citizens, singing is very important to us. Singing brings us together and is at the heart of school life, and Sing Up Day is a fun important expression of this.”

North Lakes School - Sing Up - One and a Million

North Lakes School's Performance of One and a Million getting ready for National Sing up Day 2016. Last Week Helen Skelton popped into school to listen to our rehearsal and said we were 'amazing'!

North Lakes School #Singupday One and a Million

North Lakes School, the Penrith Platinum Sing Up Singing School, are once again flying the flag for Cumbria as they 'Spread a little singing' for National Sing Up Day on Wednesday 3rd February 2016.

Over 44,000 singers across four continents took part in #SingUpDay on 3 February. We want to thank you all.

Find this song and many more at https://www.singup.org/ Find out how to get involved with the next Sing Up Day here http://bit.ly/1QI0irk On 8 February 2016, schools all over the world celebrated Sing Up Day. Over 44,000 singers in 200 events across 18 countries and four continents took part.