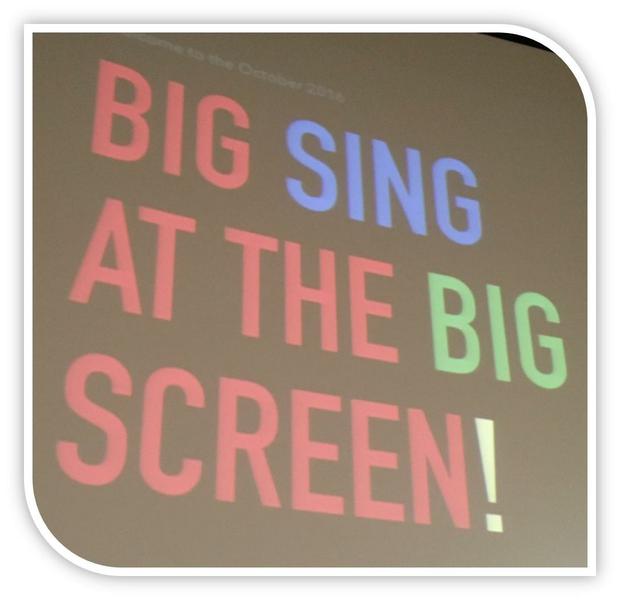 On Tuesday 11th October our Transition Choir travelled to Rheged IMAX Cinema to take part in the BlueJam Voices Big Sing.  During the half term the children had been learning songs from “One Small Bird” written by Kate Stilitz and Jilly Jarman.

The song cycle was inspired by the RSPB’s 2014 discovery of the migratory route of one of Britain’s rarest birds, the red-necked phalarope.  Facing huge obstacles, this tiny creature which weighs no more than a packet of crisps, successfully crosses the Atlantic between Shetland and Peru every year! It passes through environments as diverse and challenging as the icy regions of the north and the storms of the Caribbean.

This little bird’s journey tells an inspiring story about strength and resilience in the face of harsh conditions, and of the unstoppable drive for survival among earth’s creatures.

At the event, we joined Armathwaite, Beaconside, Culgaith, Robert Ferguson and Yanwath schools.  Each school showcased their own song or instrumental piece as well as singing group numbers.  Our song was called ‘Vuela Libre’ - a Spanish piece - with Joe, Katie and Lucy singing solos.