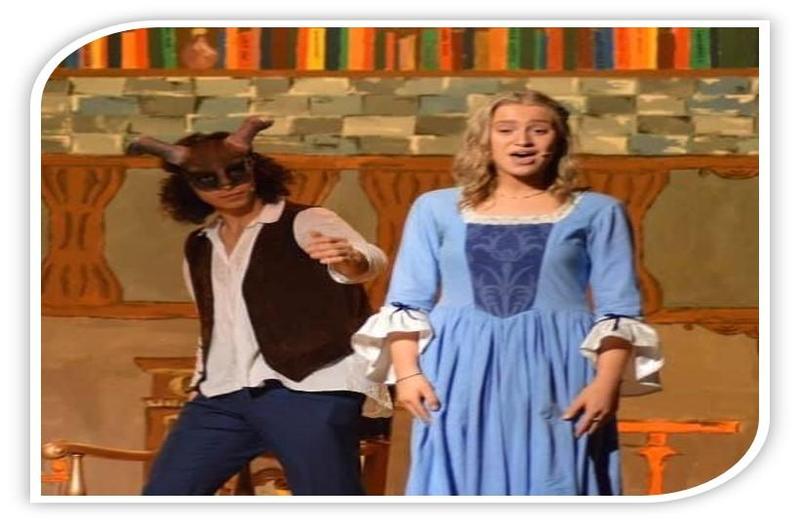 On Wednesday 20th November, Year 5 children were invited to QEGS to watch the students’ debut performance of the musical Beauty and the Beast. The matinee started at 12.30 and was truly outstanding. The pupils were from Years 7-12 and some clearly have a future in the West End. The costumes and scenery were dazzling, whilst the singing was well rehearsed and some of the solos displayed the pupils’ real talent.

Myla from North Lakes School said, “They were very brave to stand up in front of such a filled hall and sing with such confidence”

The pupils of North Lakes School were mesmerised, as Beauty and the Beast told the story through one song after another. The main plot follows an arrogant prince who is cursed to live as a terrifying beast until he finds true love. Strangely, his chance comes when he captures an unwary clockmaker, whose place is then taken by his bold and beautiful daughter Belle. Helped by the Beast's similarly enchanted servants, including a clock, a teapot and a candelabra, Belle begins to see the sensitive soul behind the fearsome facade. But, as time runs out, it soon becomes obvious that Belle's cocky suitor Gaston is the real beast of the piece.

Lola thought the performance deserved a five star review and said, “It was a real treat to go and watch the musical. It was an enjoyable afternoon and everyone had a great time. The performance was really inspiring.”

Our thanks go to Mrs Wilkinson and the QEGs staff for kindly inviting us and making us feel so welcome. Our congratulations go to the pupils and staff that were involved in the performance- it was amazing!