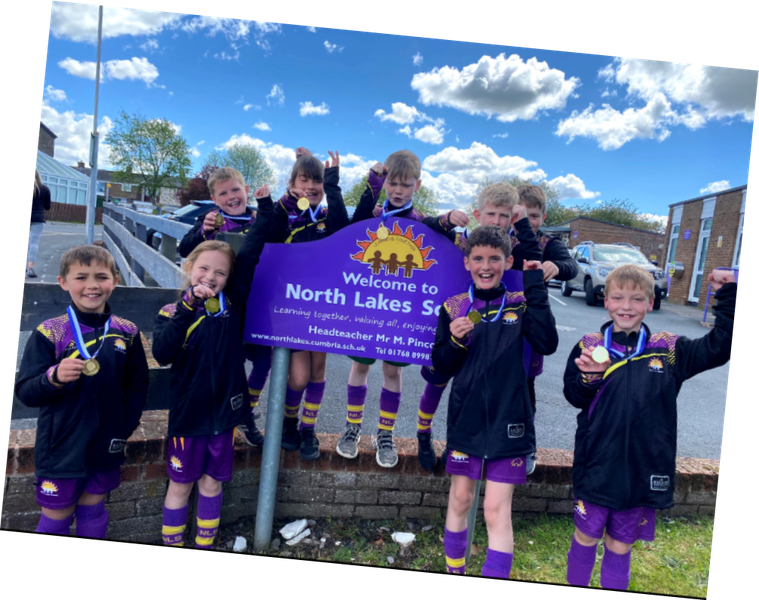 In May, as Covid-19 restrictions on sport between schools began to ease, we were delighted to be able to take two teams in two weeks to the Cumbria Football Academy football tournaments, run by ex-Carlisle captain Danny Grainger.

In the first event, our Year 4 team played with great teamwork and determination in what was a brand new experience for them. After three good performances, they finished as runners-up to Plumpton in their group. Progressing to the semi-finals, they battled through a tense 0:0 draw with Kirkoswald, eventually winning on penalties!

In the final, they met a strong Plumpton team again, who edged the final 3:1- so North Lakes Y4 finished as runners-up, having been praised by other adults for their attitude. Well played Bella, Daniel, Frazer, Jacob, Jamie, Lilly, Oliver, Riley and Ty – North Lakes is very proud of your efforts! 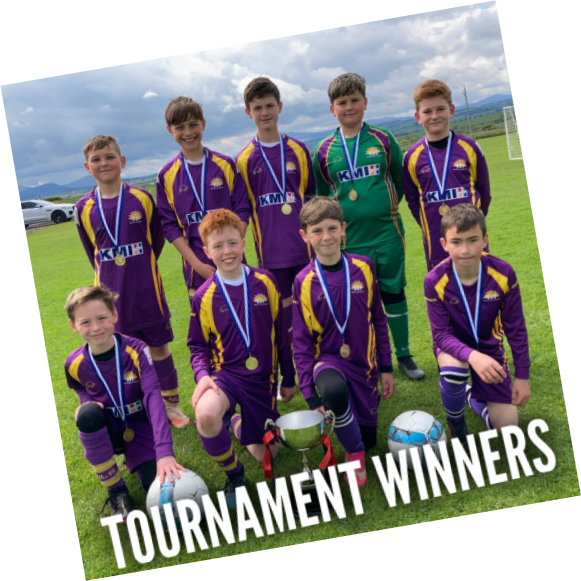 A week later, it was the turn of our Year 6 footballers. We were very sorry to have to leave a group of strong players at school because numbers at the event were limited – but the squad which represented us were a credit to the school once again.

Each of the nine squad players made a really important contribution to a great team effort, working hard, supporting one another, improving over the course of the event and at times achieving an exceptional standard of play.

Our Y6 team scored 23 goals and conceded only 2. Wins over Morland 2, Plumpton and Beaconside in the qualifying group were followed by an impressive semi-final victory over Kirkoswald. And when they rounded off the event with a convincing 4:0 win in the final over Morland 1, the players were rightly delighted with their success.

Congratulations to North Lakes Y6, the Cumbria Football Academy champions for 2021: Charlie, Denis, Harrison, Jack, Lucas, Nathan, Oliver C, Oliver M, Zach – and thanks to Mr Hart, and all the trialists for their hard work and support in preparing for the event!