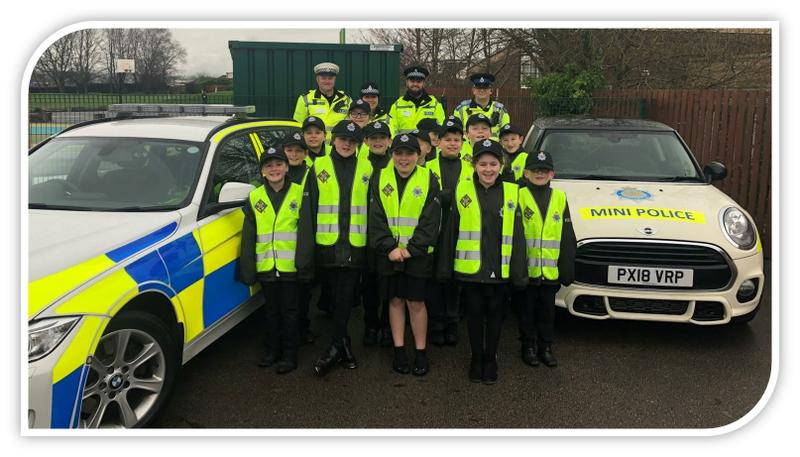 This term we have some new recruits, in the Year 5 Mini Police! The Mini Police is a national scheme for 9-11 year olds run locally by Cumbria Constabulary.  Our Y5 recruits all have their own ‘Mini Police’ uniforms and have been working with PCSO Nicholson and Mr Soulsby on structured lessons which have covered Firework Safety, Road Safety, Anti-Bullying, Railway Safety and Keeping our Community tidy.

Our Mini Police have given an assembly on firework safety and will feature in Cumbria Constabulary’s Road Safety campaign on Social media after they became ‘film stars’ earlier this term – keep an eye out for the world premier! 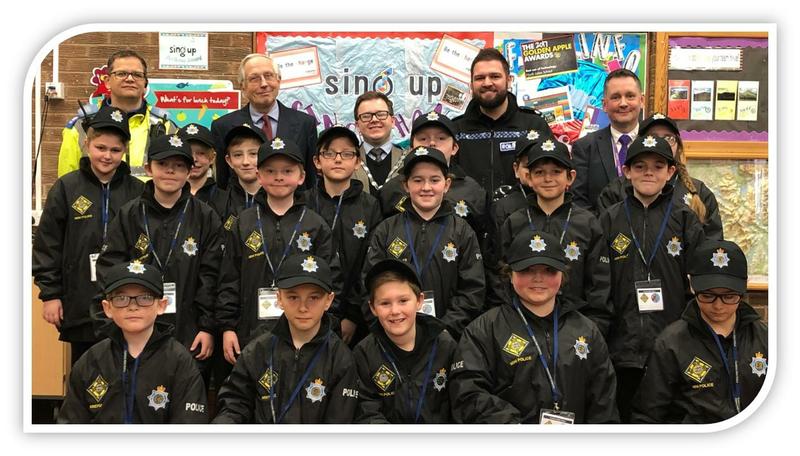 On Monday 17th December, our Mini Police were presented with their Mini Police Caps by the Deputy Lord Lieutenant of Cumbria, Anthony Leeming; the Mayor of Penrith, Scott Jackson and PCSO John Nicholson.

In the Spring term, the children will be exploring online safety and will be getting out and about in to our local community as well as reading with local residents at The Crescent.