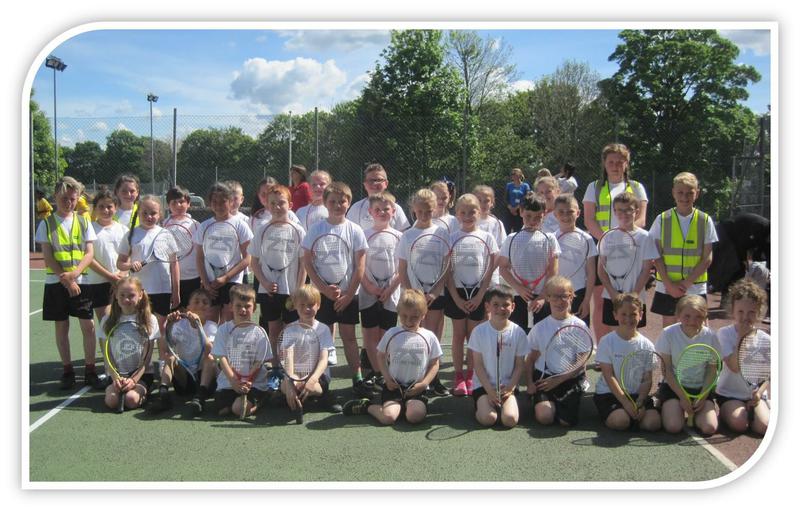 Twenty four children walked to Penrith Tennis Club to compete in the Eden Valley Sports Partnership Tennis competition in May. The teams of 4 played individual games – the first player to reach 7 points took the match. There was a great atmosphere with children showing true skill and a great sporting attitude. There were many individual successes with three of North Lakes teams winning a place in the semi finals! It was down to luck on the day, but it was Team 3 who went on to play Kirkby Stephen in the finals.

All players gave it their all with many close matches – the final score was a draw and so it went to individual points to determine the winners. Kirkby Stephen just pipped us to the post! Nevertheless spirits remained high as the top two teams from the competition would go through to represent Eden at the Cumbria Games in July. A huge well done to all taking part: short tennis is a fast individual game which challenges a player’s tactics as well as skill with the ball.  Many thanks go to all the parent helpers – without you we wouldn’t be able to participate. Watch out for further news on some winter training for short tennis – we hope to be running a club during the Autumn Term.