In June and July,  we went on an outdoor trip to Hawse End. When we arrived at school early in the morning, we were all feeling excited but a little bit nervous! 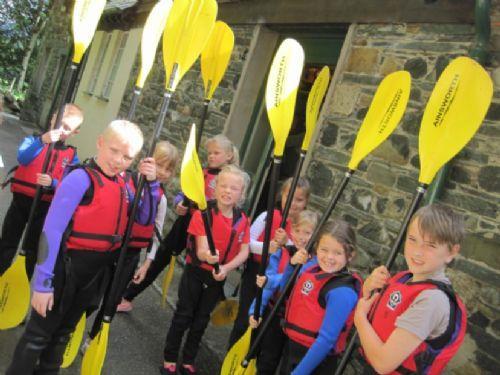 First we went to Bassenthwaite Lake to do Kayaking. We were met by our instructor, called Mike. He was really funny and made us feel so relaxed. We had to wear wetsuits, which were really difficult to squeeze into! The lake was beautiful and still, just like a mill pond. At first we used our hands to move along, then took up our paddles. We had so much fun and got really wet. Harry was a super star when we lost all our paddles. He kayaked around the lake, collecting them up! We had to be real risk takers and be very resilient on the lake. 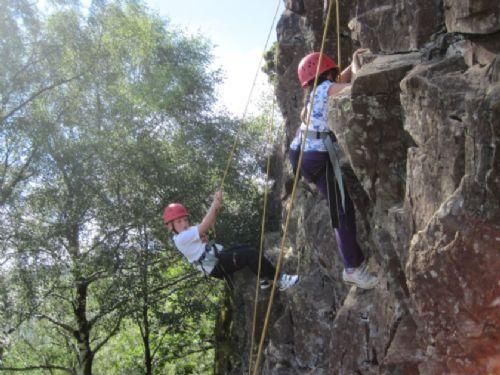 After we had put our kayaks away, we had our lunch with the other group sitting on the grass. It was lovely and sunny and we had time for a little bit of sun bathing! While some people were finishing their lunch, other children played a game of Tig.

Then we went to Sandale Head Quarry and met another instructor called Steve. He gave us all hard hats and a harness to keep us safe. We climbed to the top and then had to abseil down. The abseiling was the scariest part as you had to lean away from the rock. Some of us really wanted to give up, but we had to be resilient and keep going. Our team mates at the bottom, called belayers, acted as sand bags and they were keeping us safe by pulling up the rope and then letting us go on the way down. This showed us that having good relationships is really important, knowing you can trust your team mates! 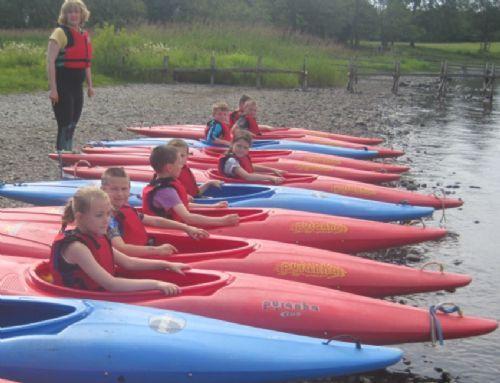 We were really proud of what we had achieved - Matthew for getting to the top of the rock and Lexi for her kayaking session. We can't wait till next year to do it all again!