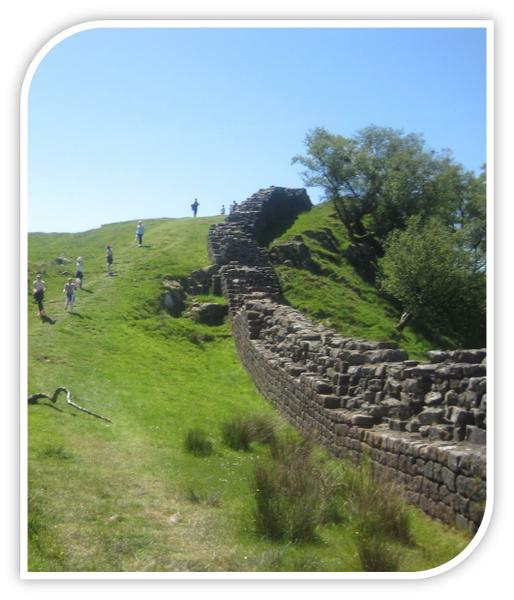 Years 3 to 5 went on an interesting Roman History visit to Vindolanda on Hadrian’s Wall to learn about the Romans.

After what felt like ages on the bus we got to Vindolanda (meaning white fields), where we met Lauren, the archeologist. She told us that the room we were sitting in was a butcher’s shop because they had found: coins, a cow’s shoulder blade and a knife.

After she had explained a few more things about the things they had found at Vindolanda Fort, we explored in our groups and looked at the remains of buildings. There were: a tavern (which was a pub), houses, storage houses, bathrooms, temples, wells and a model of Hadrian’s Wall.

We wandered back to the shade to have our lunch and after a glorious meal, we went back to the bus to go to the Roman Army museum. 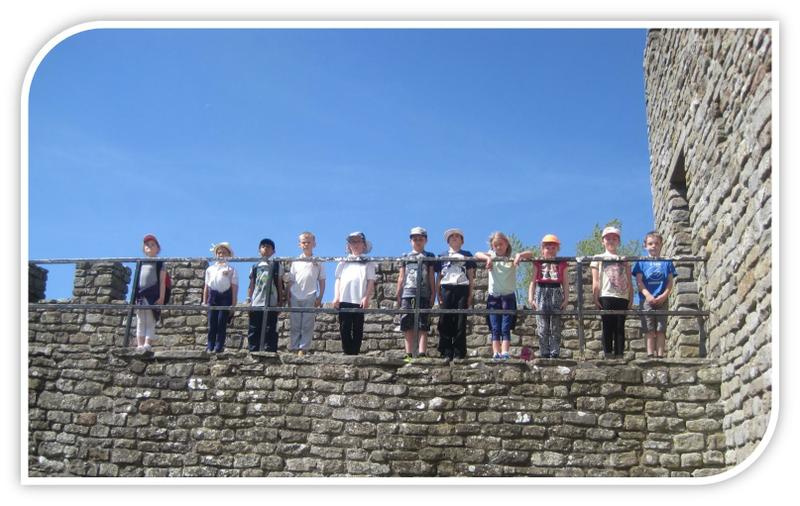 At the Roman Army museum we saw a fake horse with a dummy which looked like a soldier, a Roman tent and carriages and then we went to see a Roman Soldier’s suit of armour - it was amazing! There was a game where you had a bow and you had to try and hit the enemy. We then had a virtual lesson from a Roman man, he taught us to say hello and count in Latin (that’s the language the Romans used to speak).

After the lesson we walked up to Hadrian’s Wall. It was amazing!! The view was fantastic and we saw in the distance two helicopters practicing for the army, shooting at targets. We walked right along the stretch of the wall. At one point we stopped and had to imagine ourselves being there over 2,000 years ago. 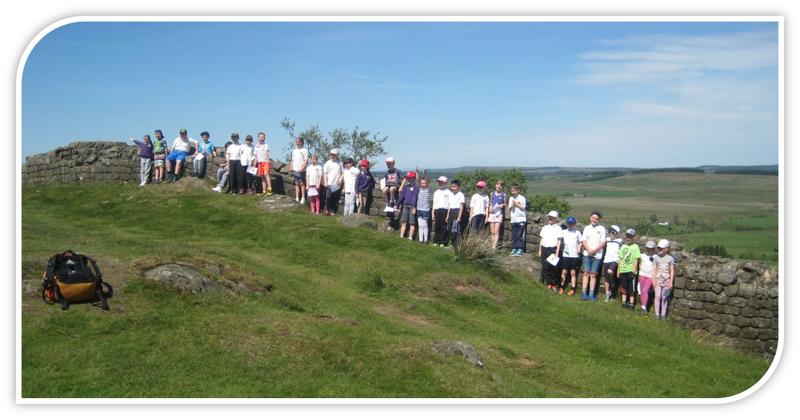 Eventually, we got back on the bus and almost everyone was boiling even Miss Hayes. After a sleepy journey back we arrived at school. We had a fantastic day, and loved seeing all the ruins and Hadrian’s Wall. We definitely want to go back soon!

By Lexi and Robert