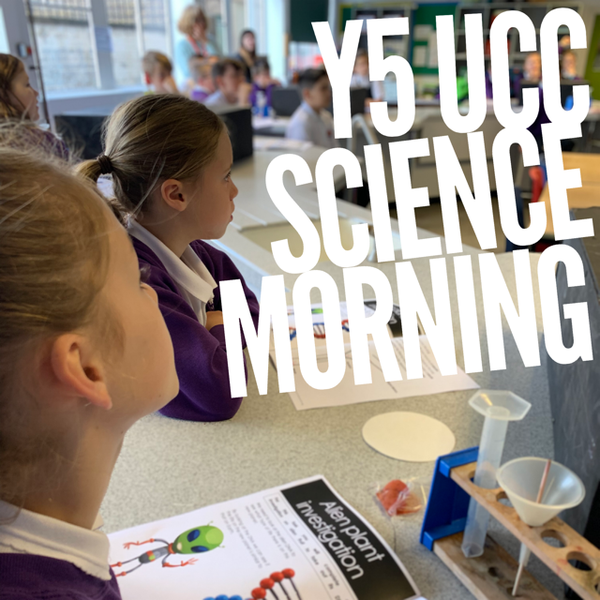 On Tuesday 18th June, year 5 became Space Explorers, who were to lead an expedition to a newly discovered planet. During the morning, their mission was to land on the planet safely and test alien plants.

Alien Plant Investigation: Using extraction liquid, fruit and Ethanol, year 5 learned how to experiment and investigate different DNA types, which they extracted from alien plants (strawberries). This enabled Year 5 to see if the DNA on the new planet is similar to life on Earth.

Egg-citing Landing Prototype: Using lightweight materials, the children had to design and create a container pod to help safely land their scientist on to the alien planet. The slower the pod fell, the safer the scientist would be. In groups, they secured an egg into a small box, using a range of materials, and attached a small parachute. Some children dropped their spaceship from a balcony to test their prototype and others launched their spaceship into the air using rocket fuel. Many of the EGGstrodinary scientists survived. Unfortunately there was a small hand full who did not make it and became scrambled scientists. 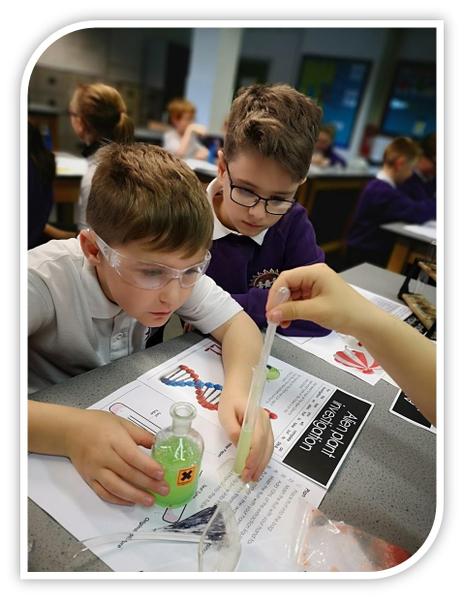 Nathaniel, “The Alien DNA class was so fun, I would do it again and again.”

“I really enjoyed the chance to visit UCC and experiment with different scientists; my favourite part of the morning was the rockets because it was EGGcelent.” Olivia.

Lara, “I loved the science day at UCC, it was EGGstrodinary!”

Year 5 enjoyed the opportunity to explore the science labs; experiment with Alien DNA; and design and create an EGGciting prototype to help their spaceship land safely. Thank you Ullswater Community College for this amazing opportunity.