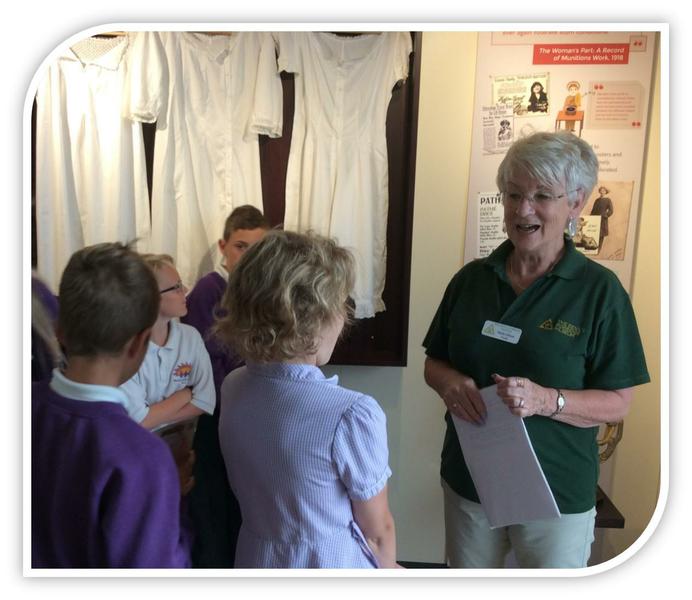 This term we enjoyed going to Gretna and Carlisle to learn more about our WW1 topic. We enjoyed looking at artefacts and visiting places close to home that offered us different perspectives on World War One.

Devil’s Porridge, Gretna At Gretna we explored the site of a huge munitions factory in the countryside. It was amazing how we got to experience that fact that we were in the place where WW1 bombs were actually made! I was shocked at how real it was. We worked with Kayleigh to learn about the factory. We discovered that the women were called ‘Canary Girls’ as their skin turned yellow because of the lethal toxic chemicals they worked with. We designed posters to persuade women to leave their homes and work at the munitions factory. Then we toured the factory with some expert guides. We learnt all about the process of making the ‘Devil’s Porridge’ (the name given by Sir Arthur Conan Doyle to the cordite mixture that went into the shells). We discovered that the factory complex had been built in little more than a year in 1915, that it had employed tens of thousands of women in making thousands of tons of explosives for the war, and was NINE MILES LONG. Two whole towns, (Gretna and Eastriggs) were also built to house all the factory workers. We learned what life was like for the families in the area and how the women who worked in the factory spent their leisure time. The whole experience was very interesting. 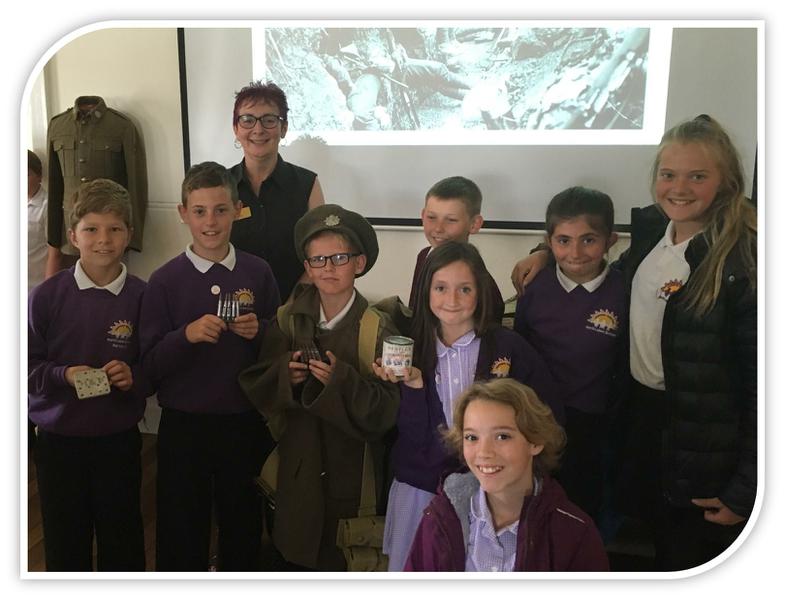 Carlisle Museum of Military Life At Carlisle Castle is the Border Regiment Museum. We met our friend Jules Wooding once again there and she recapped all of the World War One work we had done in school, telling us more about the Lonsdale Pals. We got to handle uniforms and equipment and even a rifle. We were allowed to explore the museum, handle real artefacts and learn more about Carlisle during the war. Many children enjoyed trying on replica uniform and holding the rifle and bullets that the Pals would have used. Harry said, “As we travelled to Carlisle we saw a WW1 truck. I was glad to see all of the amazing artefacts and we got to handle many too. I was so happy to be there.”