On St. George’s Day North Lakes School took two brave and determined teams to do battle at the Eden Valley Tag Rugby tournament. It was a glorious afternoon of sunshine and it turned out to be a memorable day with some outstanding individual performances backed up by some great teamwork and support.

Our B team played four games in a tough group, beating Beaconside B by 8 tries to 6, and scoring plenty but losing out against first teams from Stainton (6:7), Kirkby Stephen (6:11) and Yanwath (5:11). This team never gave up and showed good passing throughout- a special mention to Emily who showed terrific pace on the wing and scored many tries. Well done to Abby, Ellysse, Ellie, Emily, Finlay, Kieran A, Kieran E, Ollie and Harvey R.

North Lakes A drew their opening match 7 tries to 7 with Beaconside A, setting an excellent standard in a fast and exciting first match. Moving on, the team grew in confidence as they won their remaining three group games against Langwathby (11:2), Kirkby Stephen B (7:6), and Stainton B (8:2). And so to the semi-final, and a very demanding game against Kirkby Stephen A, who were last year’s joint winners with North Lakes. Trailing by 3 tries to 1 before half time, North Lakes never gave up and after a strong second half performance they eventually rescued the game with a 4:4 draw at full time. Two minutes of extra time saw North Lakes raising their game again and with great teamwork they clinched a 6:5 win to qualify for the Eden final!

The opponents in the final were the skilful and pacey Beaconside A, our friends and local rivals. Again North Lakes were trailing by a couple of tries early on and this time it looked an impossible task against a well coached team with some excellent individual players. But North Lakes dug deep once more and showed great resilience, and strong defence, dragging themselves back into the game and ultimately clinching a famous 5:4 win. So North Lakes are Eden Tag Rugby champions once again, and together with Beaconside earned a place in the Cumbria County Finals. Congratulations to Charlotte, Megan, Ruby, Bradley S, Harrison, Jack MG, Lewis, Robi and Shay! 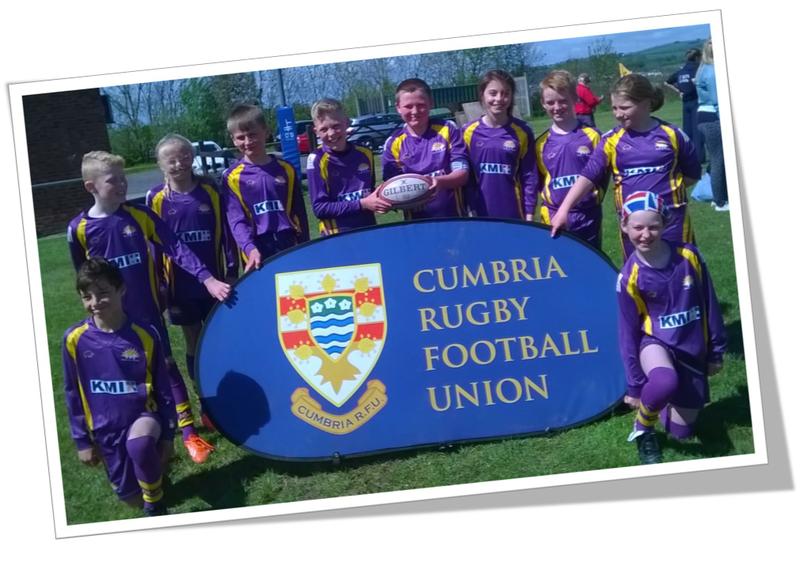 COUNTY FINALS - RISING TO THE CHALLENGE

On Wednesday 20th May we were delighted to take our Tag Rugby team to the County Tag Rugby Finals at Cockermouth RUFC.

This is a very tough challenge, which features the 4 top teams from each of the six county districts. North Lakes School played some outstanding rugby with a high level of skill, pace and excellent teamwork and support for the player on the ball. Every one of our players, (6 boys, 4 girls), scored at least one try and we racked up an excellent 18 tries in our five games.

At the same time, we did not have a great deal of luck and did not really get the run of the ball on the day. After winning the first match against Heron Hill (Kendal), North Lakes lost narrowly to Fairfield (Cockermouth), South Walney (Barrow), and Kingmoor (Carlisle) before winning the final match against Jericho (Whitehaven). Importantly, the team kept working hard, they dug deep and gave their very best in every game. They showed an excellent sporting attitude and were a real credit to the school.