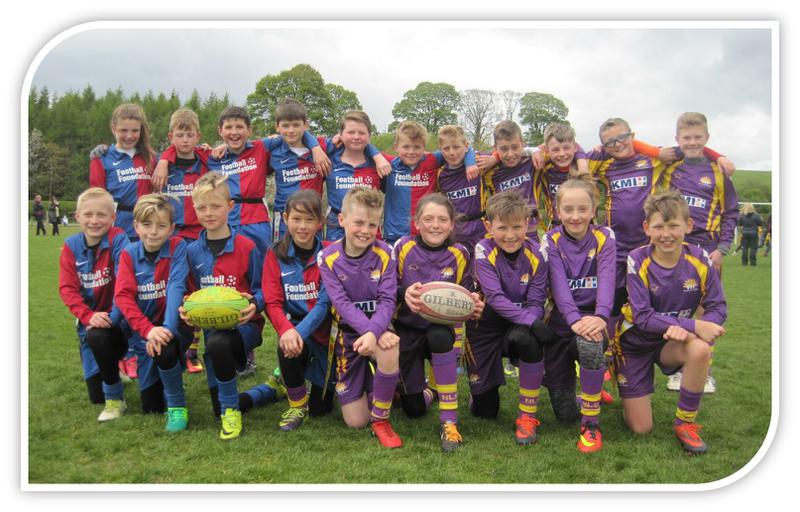 We are very proud of the efforts of our two rugby teams, making great memories this year at the Eden Valley tournament. Team B showed resilience and grew as a team, while Team A showed skilful team play and great sportsmanship throughout- both were a credit to the school over the afternoon of 27th April.

Team B found the first few games tough in what was a new tournament for them. Having lost a little confidence, their heads could have gone down and the team shape was wobbling. But the children rallied, worked together, started talking and in the end won three of their six matches. This is great progress and the basis for a strong team next year.

Team A played some fast, attacking rugby with good support play coupled with determined defence. North Lakes won our first four games, and were then unfortunate to draw one match having dominated throughout the game. Leading at half time in the deciding group game, they then found the second half difficult against a very physical team, and lost narrowly to finish as runners up in their group.

The semi-final against Yanwath was a really close game with the lead swapping from team to team, and the game was decided in the end on turnovers. Both teams were neck and neck but Yanwath led on the final whistle and edged the victory.

Congratulations to Kirkby Stephen and Yanwath who will go on to represent Eden in the Cumbria Finals, and well done to all the North Lakes players in both teams for their sporting attitude and determined performances!