Windermere and Coniston set off on an adventure to discover the truth about Long Meg Stone Circle in Little Salkeld. There we met our Stone-Age friends who had visited us in school the week before. We heard some interesting myths about how the stone circle came about from Anja. Joseph filled us with fascinating facts - such as it is believed to be one of the oldest stone circles in Europe. 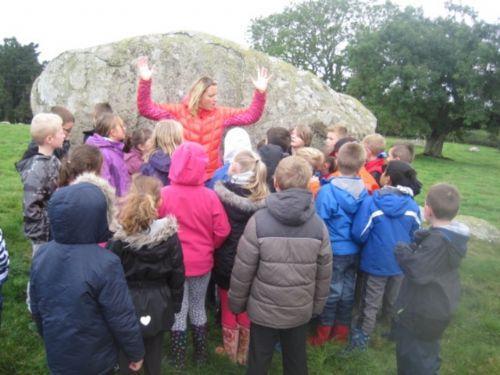 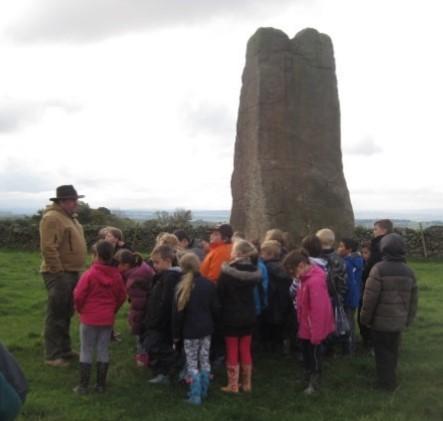 We found out that it is the sixth largest stone circle in North-West Europe and originally consisted of up to 70 large stones. Then we created a timeline to help us understand just how old Long Meg was, and it took up the entire length of the field. Roughly five thousand years is a long time! 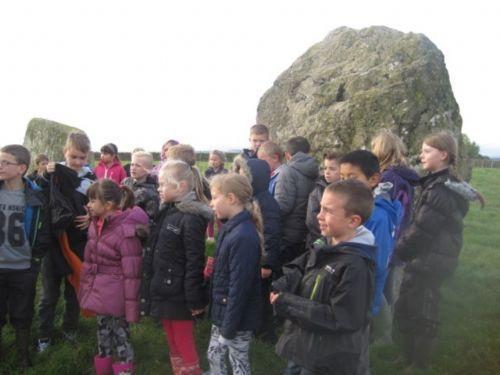 William Wordsworth wrote of Long Meg:
‘Next to Stonehenge it is beyond dispute the most notable relic that this or probably any other country contains.’