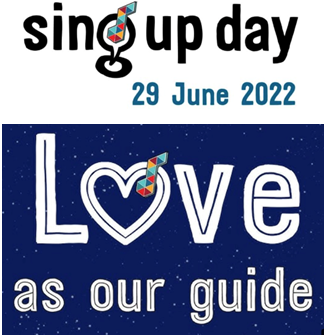 For this year’s Sing Up Day, we were transported back to the 1970’s because it coincided with our 50th Anniversary event! We have only been able to sing together as a whole school since Easter - but that doesn’t mean we haven’t been practising and singing in class and year groups throughout the year.

We began the day with a special warm up session in the school hall where everyone was dressed in their 70’s outfits – it was quite a sight – we even had a couple of members of Abba!

This year, the song was ‘Love as our Guide’ by Beccy Owen and the children were confidently and enthusiastically singing in two parts.  The raised the roof!

We also had another special song which was written by Jilly Jarman and our School Council called The NLS50 Anthem which we hope will become our school song.  The school council gathered ideas in their own classes about ‘What North Lakes means to them’.  Then then took part in a song writing session with Jilly who took away all of the ideas and composed the song.  The new anthem had its premier on ITV Border news in front of an  audience of parents. 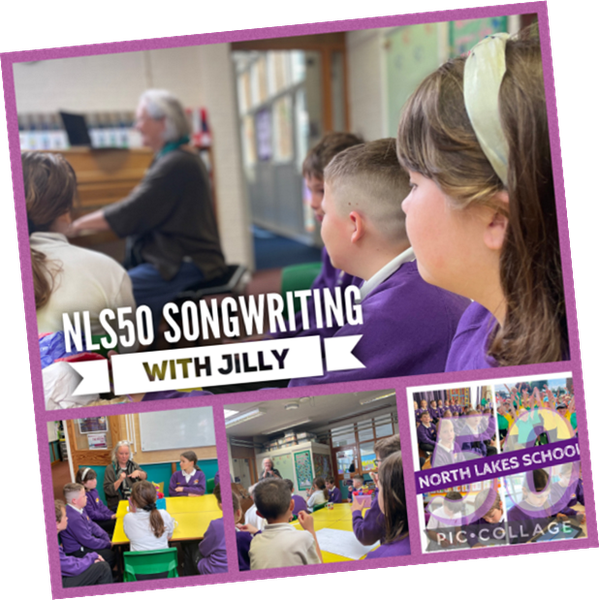 n the afternoon the whole school took part in a Sing Up Day ‘Singathon ’to raise money for the refurbishment of our school Library.  We sang a selection of songs   including Mamma Mia, Video Killed the Radio Star, Spirit of North Lakes, Sing! And our Sing Up Day Song and NLS50 Anthem.  The event raised over £800 – thank you to everyone who took part!  During the day, we went ‘Live on Facebook’ so we could share some of our singing with our parents and wider school community and recorded Love as our Guide to be sent off to Sing Up HQ in London for inclusion in the International Digi-Choir.

Thank you to everyone who made this day a success.  You can continue to sing at home by visiting our FROG Singing Site and by logging onto Charanga.

The Spirit of North Lakes #nls50