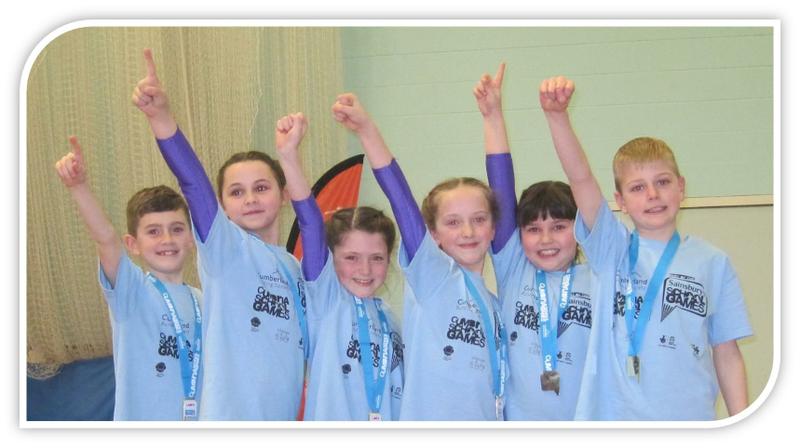 After outstanding performances at this week’s county final, North Lakes Year3/4 Gym team are now County Champions! It was an amazing climax to a very successful season. North Lakes entered three Gymnastic squads into the competition this year and all children performed to a high standard -  all squads gained top places in earlier rounds.

After winning first place in the Eden Final the A squad went on to represent Eden at the Sainsbury’s Cumbria Games Final at Penrith Leisure Centre. Completing three disciplines ; floor, vault and body management all squad members performed to the best of their ability and really enjoyed the occasion.  As the results were announced there was a nervous energy in the stadium and the team were secretly hoping we had done enough to gain a place on the podium. So it was with great delight we were crowned winners, Team Eden taking first place with Team Furness second and Team South Lakes third.  Wide smiles and tears of delight followed as the squad members stepped onto the top of the podium to receive medals and a trophy.

Back at school Mr Pincombe congratulated all squads members for a highly successful season and praised all gymnasts who have contributed to Team North Lakes this year. With the children’s hard work and determination to succeed these past few months the whole school felt very proud and part of this special achievement.