On Friday 24 October, Rory Stewart visited North Lakes School. He was invited into school as part of a project called Primary Futures which encourages primary schools to link up with and learn from successful members of the community. 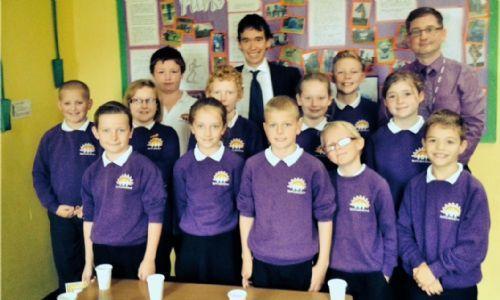 In North Lakes there is a focus on learning to learn and children use models such as the Five Rs - resilience, reflectiveness, resourcefulness, risk taking and relationships - and the Secrets of Success which are eight personal qualities common to successful people.

These were shared with the MP who contributed his own thoughts on his success. He said that he believed relationships to be the most important factor in his success as a politician.

The children had heard about Rory Stewart's remarkable career and life story so far and, because the school was heavily involved on local campaigns to save Penrith cinema and the Penrith Fire Pump engine, they know the part that Rory Stewart has played in local community issues. The children used their blogs to suggest questions that they would like to ask Rory Stewart, using the skills they have learned in Philosophy lessons.  Rory toured the school and then joined assembly where the children sang for him, as well as performing in makaton. 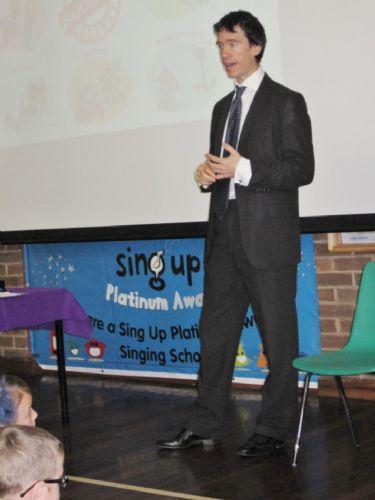 The children raised a number of questions for him, for example “I would like to be the next MP for Cumbria, is it possible for a girl to be an MP, and which personal qualities should I focus on?” Also, “Do you enjoy life more now, or when you were younger?”

Rory spoke really well about his childhood in the Far East, his 6,000 mile walk across Asia, his motivation and his secrets of success. He also met our School Councillors and spoke to them about how they help to improve the school for and on behalf of the children.

After his memorable visit, this message from Rory Stewart was posted on the school’s website guestbook:

“Thanks to all North Lakes staff and pupils for the amazing visit to North Lakes school. I was thoroughly impressed by the work that you are doing, and the obvious enjoyment and engagement of the children , who are clearly a fantastic group.” 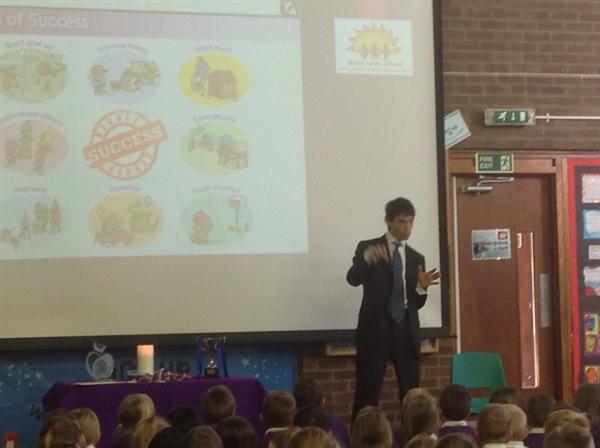 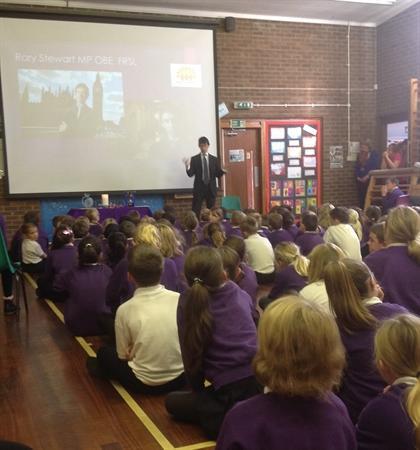 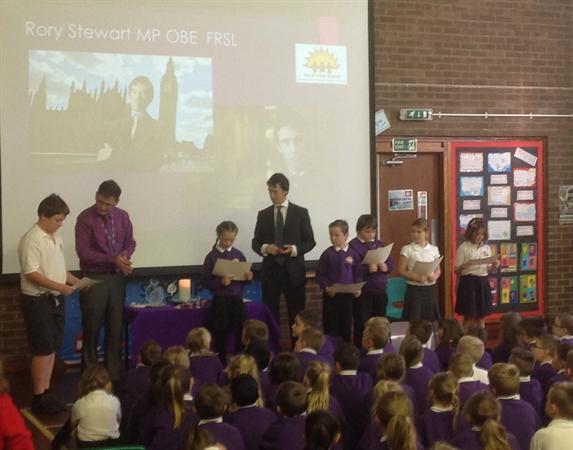 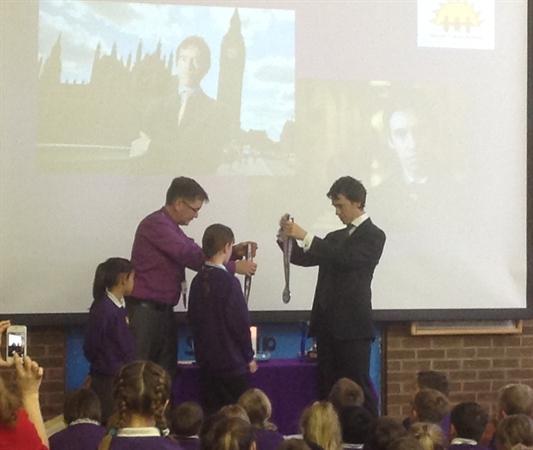 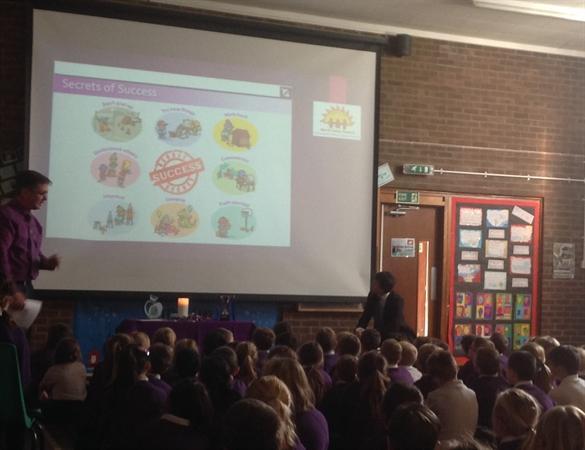 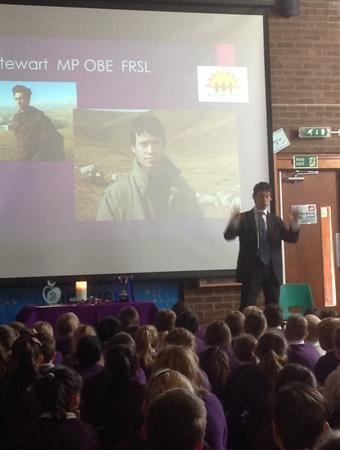 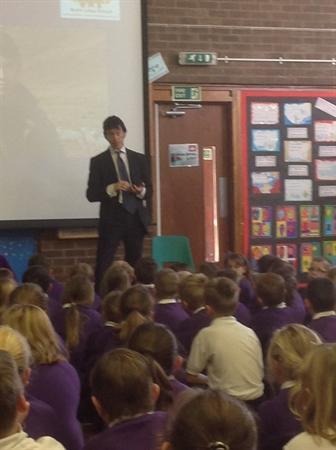