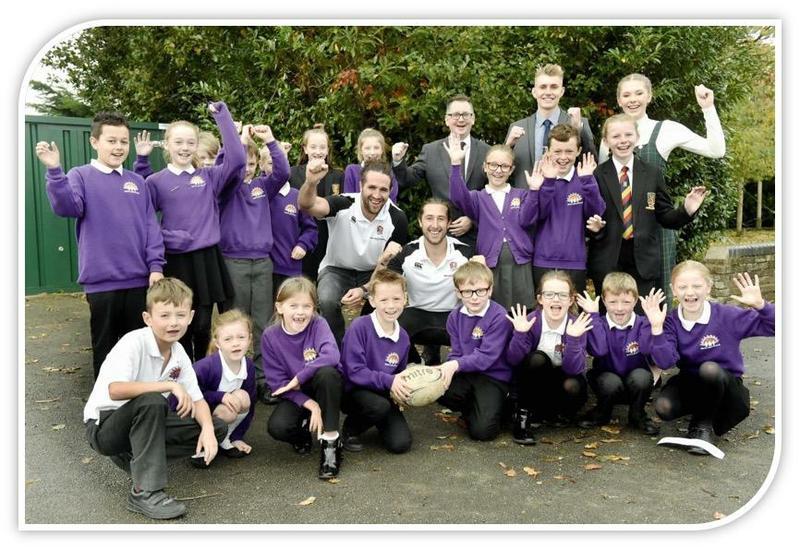 Homegrown England rugby international Mike Ellery returned to Penrith.  Mike and his England 7s team mate Dan Bibby were invited to show off their dancing skills during a visit to the town’s North Lakes School.

They answered questions from pupils of the Huntley Avenue junior school before making the short trip to Ullswater Community College to be guests of honour at its annual Prize Day. 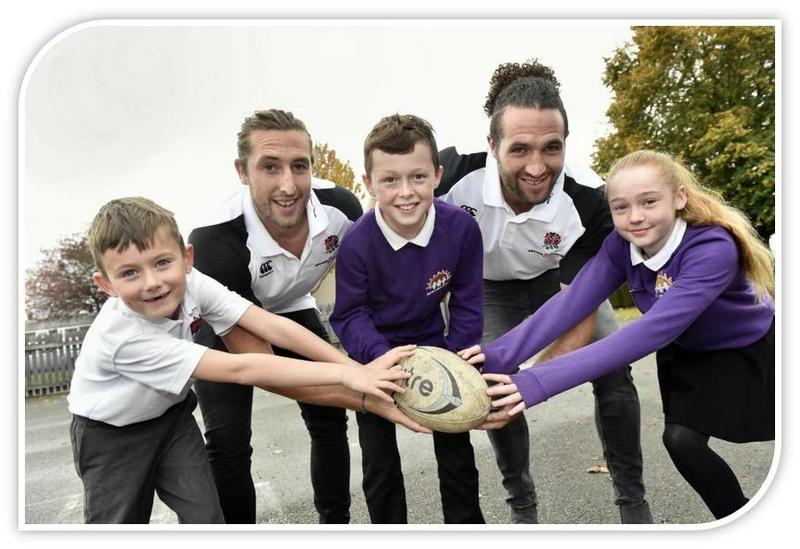 Mike and Dan shared their secrets of success and children – who welcomed the pair by performing their song ‘Spirit of North Lakes’ - were encouraged to develop key attitudes including Don’t Give Up, Push Yourself and Try New Things.  Mike and Dan shared the qualities which they feel have helped them to succeed in their playing careers.  The children’s questions were varied and the answers illuminating.  The children has spent time earlier in the week submitting their questions on our FrogLearn online learning site. 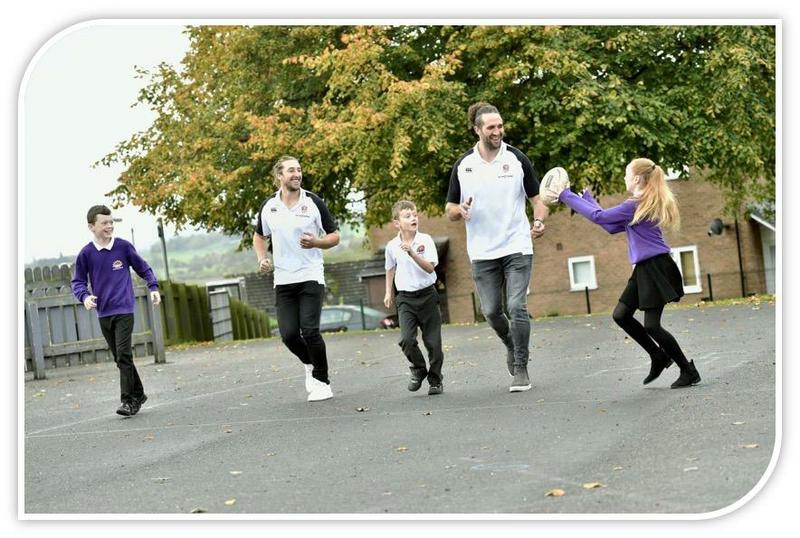 Tabitha, Y5, asked, “Did you ever want to give up?”, and both players recounted times when their individual careers had seen major setbacks and they shared how important it had been in those moments of rejection that they had found the resilience to carry on. Myla, Y4,  asked, “Is rugby hard, and are other teams fair?” Mike replied that yes, their opponents are fair and that the spirit of rugby means the international players are friends with a code of honesty, tolerance and forgiveness. Asking if the players need to “use their imagination to win matches?”, Myla was told that the players do plan very carefully and creatively to be able to face strong opponent like New Zealand. “They are all bigger than us, so we have to figure out a way to beat them”, said Mike. 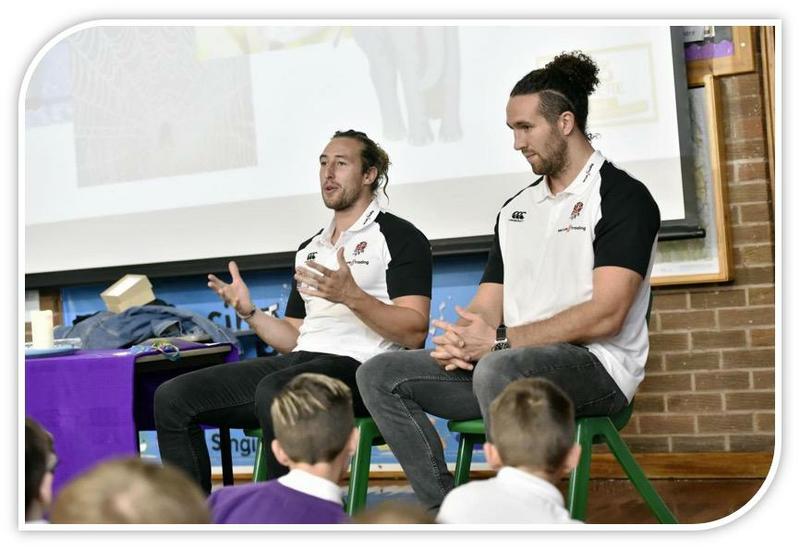 Henry, Y5,  asked which qualities were most important in rugby. Dan Bibby recounted his experience of the 2016 Olympics and cited Relationships as vitally important. “We had twelve weeks to get to know each other and learn to work together as a GB squad from 4 different nations”, he explained, before showing the children his precious silver medal from Rio de Janeiro.

Abi Lancaster, Y4,  was delighted when Mike Ellery took her question, and passed it on to Dan Bibby, “Can you floss?!” Dan duly obliged with some impressive dance moves, joined by Mike, and then by Abi herself, to laughter and applause. 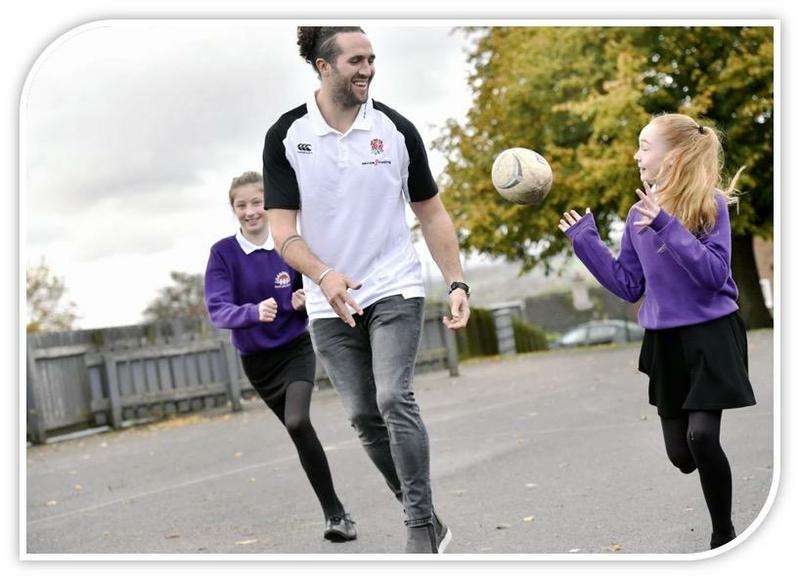 Headteacher, Mike Pincombe said, “We were delighted that Mike and Dan made the time in their intense training schedules join us in school. This was a fantastic learning opportunity for the children, who were excited to meet and learn from two such inspiring athletes and role models."

Both players are back in full time training for the forthcoming HSBC World Series, which kicks off in Dubai on 30th November. From there the series moves to Cape Town, Hamilton, Sydney, Las Vegas, Vancouver, Hong Kong, Singapore, London and Paris! Mike Pincombe added, “We will follow Dan and Mike over the coming months as they travel the globe in the Rugby 7s World Series”.