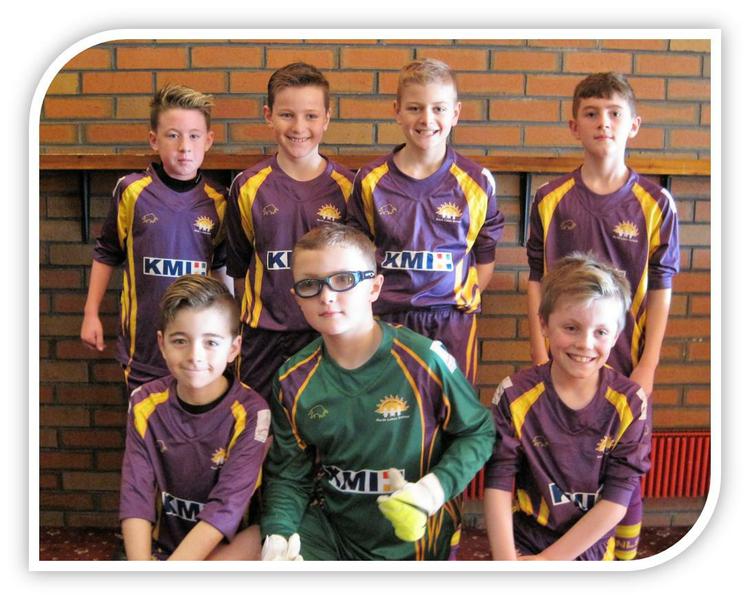 On Saturday 21st January a strong squad of footballers form North Lakes set off to Carlisle for the annual 5 a side tournament at the Sands Centre. This is always a demanding event playing against large schools and some of the very best footballers from Cumbria and South West Scotland.

North Lakes were drawn in a tough group, with the first game against Norman Street. Luck was not on our side, hitting the post twice and netting two disallowed goals before going down 4:1 to the very strong and physical Carlisle team. The consolation goal was a good one, scored by Jackson.

It was time to bounce back and North Lakes showed bags of resilience and strong teamwork in the next match, winning 4:1 this time, against St. Patrick’s Workington. Sonny K scored a hat trick and Jackson netted again.

A brilliant performance followed, working really hard against Newlaithes from Carlisle, the eventual group winners and tournament finalists. Despite trailing 2:0 before half time, North Lakes dug deep and played some fast paced, skilful football to create good chances and to equalise through two great goals from Ben E. It was a blow when Newlaithes scored late on from a free kick, clinching a 3:2 win after a great game, enjoyed by the large crowd.

The final match was against Victoria from Workington – another strong team. North Lakes were confident and determined. Sonny A made an excellent penalty save, and with good passing and energetic defensive work North Lakes won the game 3:2. Goals from Max, Mason and top scorer Sonny K brought the result that North Lakes deserved and made sure we finished the event with a win.

Congratulations to Ben E, Jackson, Mason, Matt, Max, Sonny A and Sonny K for a great effort and some stylish, skilful football- and thanks to the many proud parents who supported the team on the day!