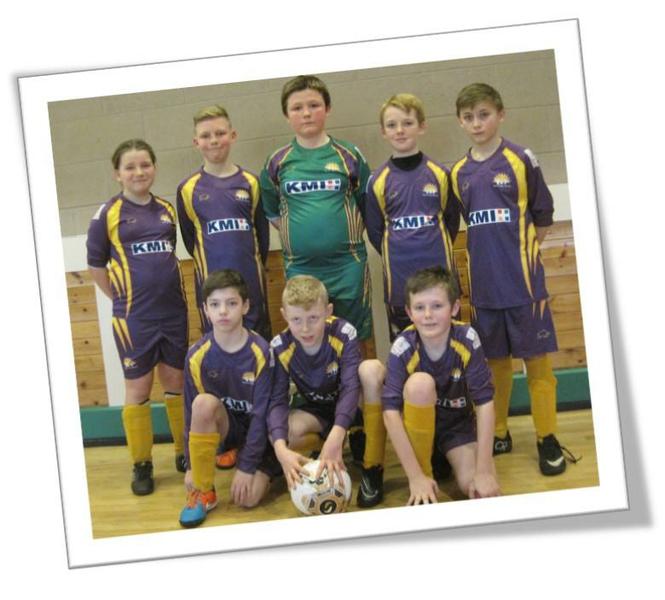 On Saturday 17 January North Lakes took a squad of eight players to the Sands Centre Primary Schools 5 a side Football tournament. This is always a tough competition with large schools from North Cumbria and the Scottish Borders, and this year North Lakes were drawn in a group with some excellent teams.

In the first match the children worked hard to defend against a strong side from Thomlinson Junior (Wigton), losing 2-0 after some excellent saves from Lewis W in goal. In the next game against Bishop Harvey Goodwin (Carlisle), North Lakes played really well and dominated the game with good passing and many shots on goal. Unfortunately only Megan P-C managed to score, and with two goals against the run of play the Carlisle team ran out 2-1 winners.

On to the next game, which was against the very strong Inglewood Junior (Carlisle). North Lakes tackled well and showed real resilience to hold the score to 0-0 at half time. In the second half Inglewood showed their strength and despite tireless efforts of our team the final score was 4-0 win to the Harraby school.

North Lakes never gave up and never stopped passing the ball, and the team got their reward in the final game against Bridekirk Dovenby. North Lakes put in a great team performance and won by 7 goals to 1, which was Bridekirk’s heaviest defeat of the day. Very well done to the squad who represented the school so proudly and who showed an excellent attitude throughout the tournament. They were (with goalscorers in brackets), Megan P-C (3), Shay A (2), Robi C (2), Jordon S (1), Bradley S, Harrison F, Bradley H and Lewis W.