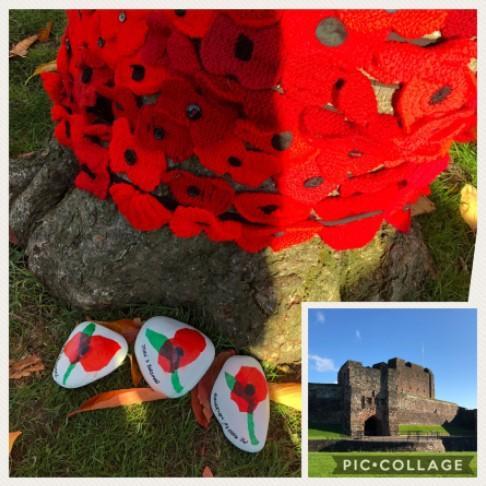 This term, Year 5 and 6 have been discovering more about WW1. We decided that to mark the centenary of the end of WW1, as an act of remembrance, we would add a twist to the Penrith Rocks craze and create a stone for each of the soldiers from Penrith, who fought and died for us during WW1. 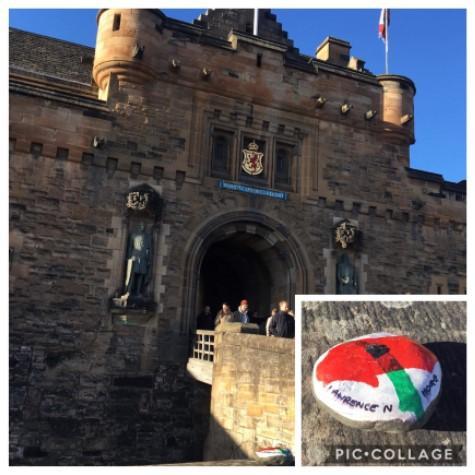 The children from Bassenthwaite, Crummock Water, Rydal Water and Elterwater all took part. We needed to make sure that the stones would stand out, so we painted them all with a white base coat. The trickiest part was adding a tissue paper poppy to the top of the stone by using PVA glue underneath and over the top. The names of each of the soldiers from Penrith, that we had researched, were then added, one to each stone. A final layer of varnish and sealant was added, and then the stones were ready to be distributed and found.  Our stones will gradually fade and dissolve, following the commemorative theme of ‘There But Not There’. 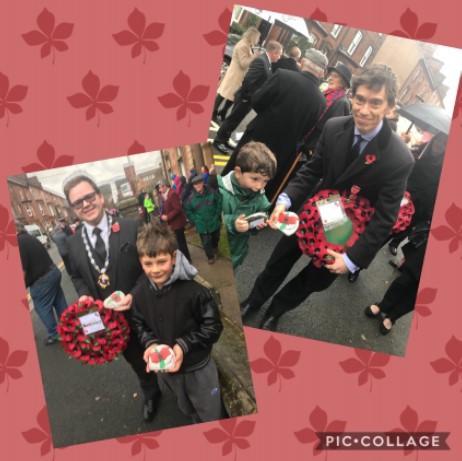 Many of the stones were located around the Penrith area, with some being placed outside the soldiers’ houses. Other stones travelled far and wide, with some found in London, Edinburgh, Leicestershire and across the UK. Stones were even found in New York and New Zealand! Many people took to social media to share their findings and people then relocated the stones at the nearest War Memorial, ready for Remembrance Day. 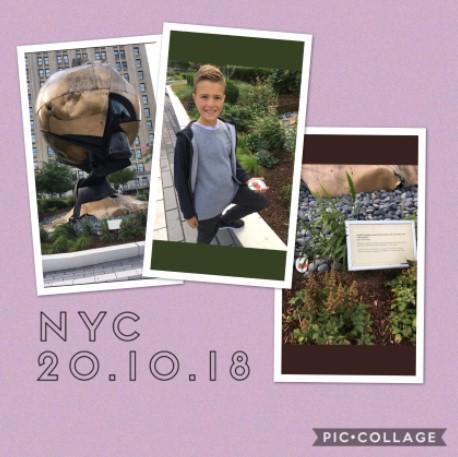 We found that this was a really special experience, with many members of the public commenting on what a brilliant idea it was. It also allowed us a chance to think more deeply and remember the innocent men who died for us during WW1. We were able to research the soldiers of Penrith, finding out about their regiments, age of signing up and where they lived. Some of these men were related to the children. We would like to thank everyone who took part, whether it was helping with creating the stones, distributing them or even finding them!