With 2012 being Olympic Year, an excellent day of Sports was held at North Lakes on Tuesday 3 July, to celebrate the 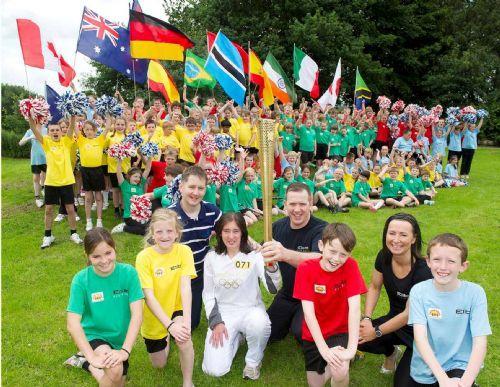 occasion. The day began and ended with cheerleading, singing and a colourful flag procession. The rain held off all day as the children competed in their teams over twelve athletics events. There was a fantastic surprise after lunch when we were joined by Olympic torchbearer Sarah Bisson. Sarah’s arrival was arranged by Steve and Emma Sharkey of Elite Fitness, where she is a member. Elite Fitness also sponsored the Sports Day, making a generous contribution towards the provision of new team colour t-shirts which transformed the feel and spectacle of the whole day.

Following the team events, there were exciting individual throwing finals. Winners in the Shot Putt were Luke E (Y6) and Toby S (Y4). The Javelin Winners were Maisie J (Y5) and James E (Y4). These events were followed by 60 metre sprints - see the results in the table. Two 200m+ distance races followed. In Y3/4, it was Nathan 1st, Ben V 2nd, Harrison 3rd. In Y5/6 Suazanne was victorious followed by Jed and John Mc 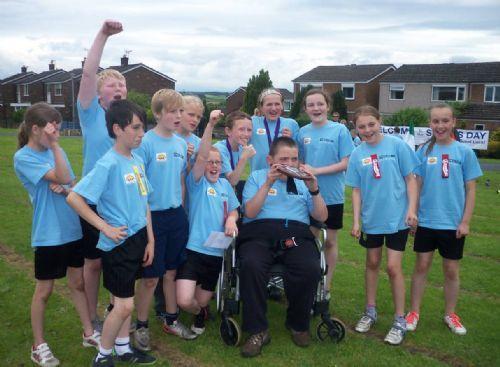 The overall performance event was won by BLENCATHRA once again- now for three years in a row! The team work award went to RED PIKE for their excellent attitude and mutual support. Well done to ALL our competitors, and many thanks to Elite Fitness, to the Miss Hayes and all of the staff who worked hard to support her, and to all the parents and families who came along to support us. Many photos were taken on the day and pictures of children holding the Olympic torch are being offered to parents where available – please contact the office for details of this.

“On our annual Sports Day, we did different kinds of events throughout the day including Shot Putt, Javelin, Discus, Sprint races and Long Distance races. Each team, Great Gable, Red Pike, Hellvelyn, and Blencathra took part in each event. In the afternoon after a long, exhausting morning, some of the students took part in a long distance race which was two laps along the 60 metre track and one and a half laps around the trim trail. Some of the students took part in another race which was a short distance sprint, At the end of the day Blencathra won for the overall score of team points and Red Pike won for their excellent teamwork and approach to the events.” By Hannah 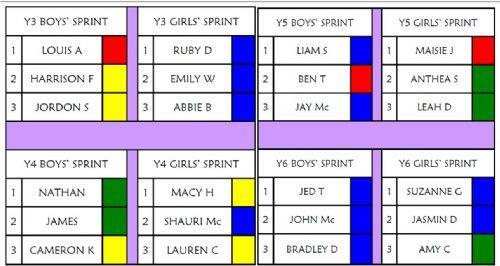