North Lakes School and Jilly Jarman from BlueJam Arts, work in partnership to run the project. The choir was originally set up four years ago to help year five and six pupils to make new friends and develop musical links before transferring to secondary school. 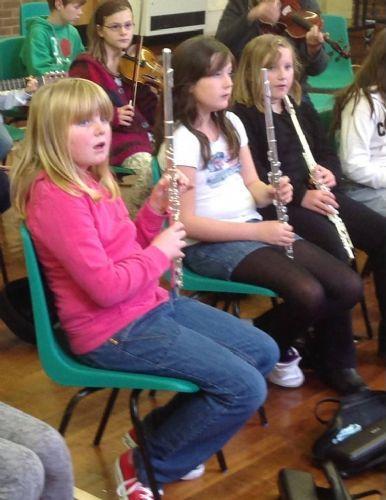 35 children form Y5&6 take part in the project and this year are learning a specially commissioned anthem for the Rugby League World Cup by Keswick Composer Russell Burbush called 'Welcome to the World' as well as 'Revolting Children' from Matilda the Musical. Each term the choir meets at the leisure centre to rehearse and work towards the end of year concert which will be held on Wednesday 2nd July 2014.

As well the Choir rehearsals, there are also termly Transition Singers and Ensemble days held each term at school on a Saturday, working with Katie Ind and Jilly Jarman. Our next rehearsal is Wednesday 12th March. This year's concert is already promising to be the best yet!