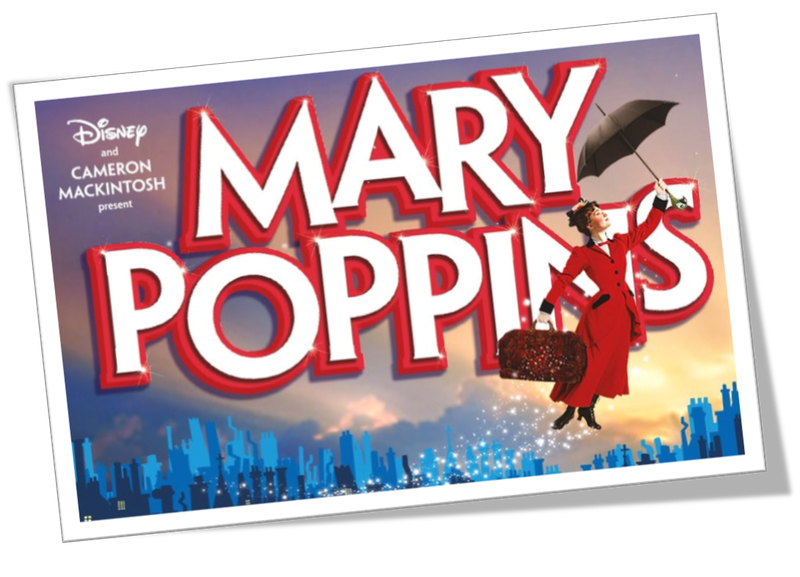 On Wednesday 10th February, North Lakes School Choir and instrumentalists travelled to The Palace Theatre Manchester to experience the ‘Supercalifragilistic’ Broadway and West End Musical ‘Mary Poppins’ on its UK Tour. The children thought it was…

Mary Poppins is the story of the Banks family who live in London on Cherry Lane. Things are not going well for the family, the children, Jane and Michael, are out of control and are in need of a new nanny. Jane and Michael have their own ideas about what sort of caretaker they should have, while their parents—and in 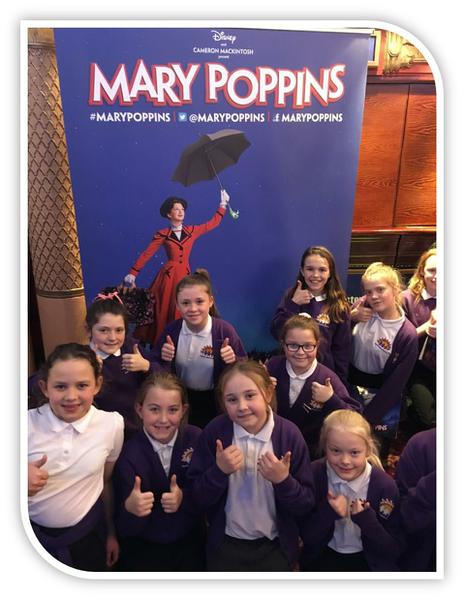 particular Mr. Banks—are insistent on someone strict for the job. When a mysterious young woman named Mary Poppins appears at their doorstep, the family finds that she’s the answer to their prayers, but in the most peculiar way. Mary Poppins takes the children on many magical and memorable adventures, but Jane and Michael aren’t the only ones she has a profound effect upon. Even grown-ups can learn a lesson or two from the nanny who advises that “Anything can happen if you let it!” 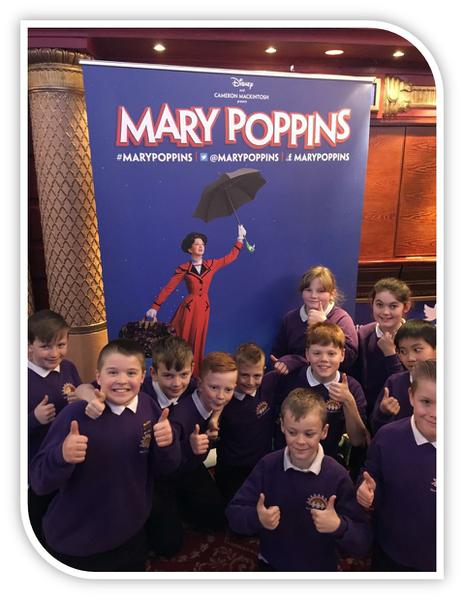 The show was full of special effects, with Bert (played by Matt Lee) dancing on the roof of the theatre and walking up walls, and Mary (Zizi Strallen) flying right past us and out of the top of the auditorium!  As usual, children from North Lakes were excellent ambassadors, being very polite and well-mannered. Huge thanks go to all of the adults who gave up their time to help on this visit.

Did you know…?  This is not the first time North Lakes School has been to see Mary Poppins – we visited in 2009 in Manchester when we actually met Mary Poppins herself and she presented us with our Sing Up Gold Award! 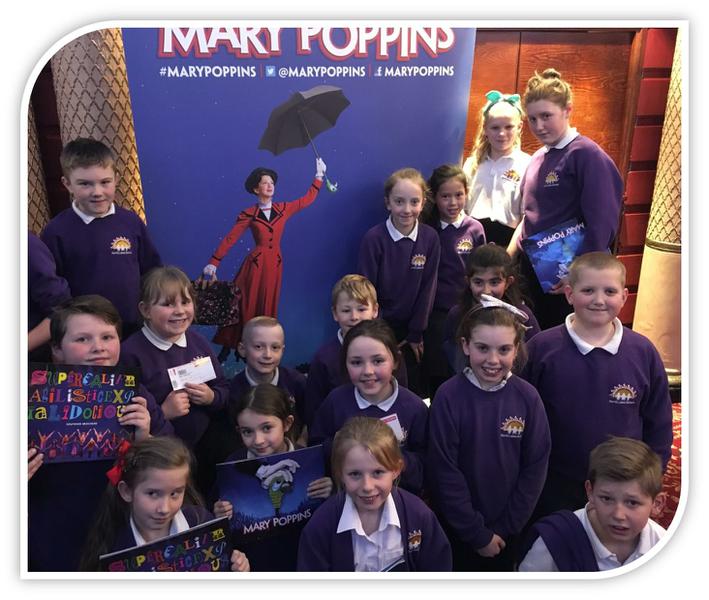 Josh asked Zizi Strallen: “How do you prepare for flight each night? Ps I think you are an inspiring actress”  Zizi replied: “Thankyou Josh, we have people backstage who you don’t see that help me fly… it’s all to secret and clever but fun!” 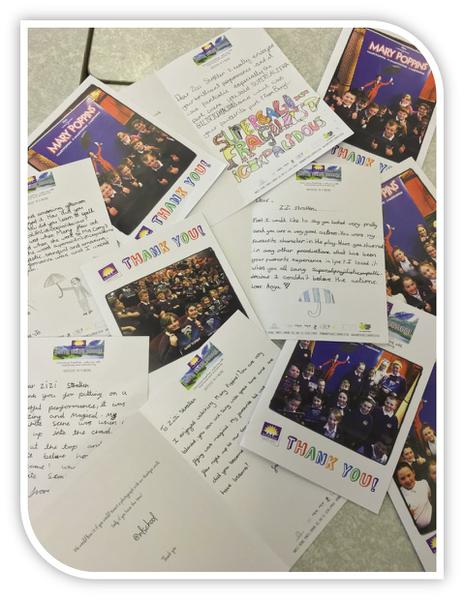 Maddie B asked Rebecca Lock (Mrs Banks): “What is your most enjoyable scene to perform in Mary Poppins? You have a beautiful voice.”  Rebecca replied: “Erm… I think it might be the Spoonful of Sugar scene xx” 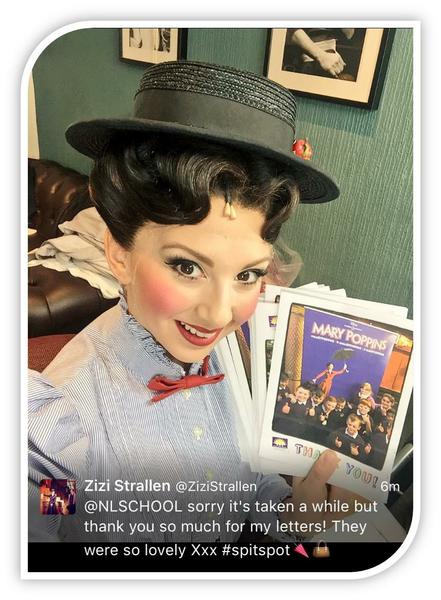 Once back at school the children decided that they wanted to write thank you cards to the members of the cast, crew and theatre staff.  Bert (Matt Lee), Mary (Zizi Strallen), Mrs Banks (Rebecca Lock), Mrs Brill (Wendy Ferguson) as well as the off stage crew and the Palace Theatre staff have all tweeted pictures of them with our cards.

We have even had tweets and retweets from Stiles and Drew, the composers of Mary Poppins. Take a look at the pictures!

You can read copies of our thank you letters on the display in the hall in school and all of our photographs are below.