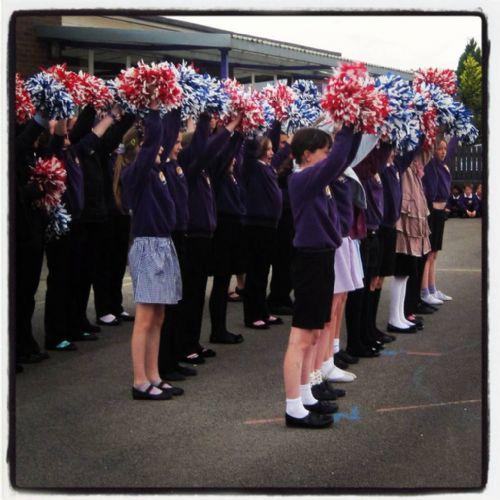 Greenwood. We have acquired many skills this term throughout cheerleading. We performed a small routine in town as the Olympic Torch went by. Everybody really enjoyed it and thought it was definitely something to cherish when we get older.
On North Lakes Schools Sports Day you may have witnessed the same routine when we performed our sequence for the Olympic Torch holder, Sarah Bison.
Furthermore the Year 6’s that are leaving this year will really miss doing cheerleading at NLS - though I’m sure the cheerleaders will carry on at Ullswater Community College and Queen Elizabeth Grammar School! 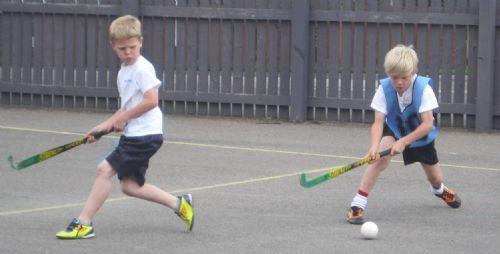 In line with the Olympics coming to London, here at North Lakes School we have stepped up our sporting activities. Over the past term Mrs Greenwood has organised 4 sporting events; Tag Rugby, Quicksticks, High-5s and Kwick Cricket. All of the children have represented their team in at least one event, and some have even discovered talents they never knew they had!

These events have been such a success we hope to continue to have regular intra school competitions again next year.  A big thank you to Mrs Greenwood who organised events, Lucy Potter and Mrs Sewell for umpiring and the children for their great team work and showing all the Olympic Values.
Blencathra won EVERY competition in Year 5/6, but never with the same team for two events. In Y3/4 Grate Gable were triumphant in hockey and cricket. Congratulations also to Red Pike, winners of the Netball, and Helvellyn, the Tag Rugby champions!