During the Autumn term we have ran an after-school hockey club for 10 weeks for pupils in Years 3 and 4. We had great interest in the club and a high attendance. This club was run especially for the Year 3 and 4s because in the New Year some of the pupils will be representing the school at the Eden Valley Sports Partnership Quicksticks Hockey competition. 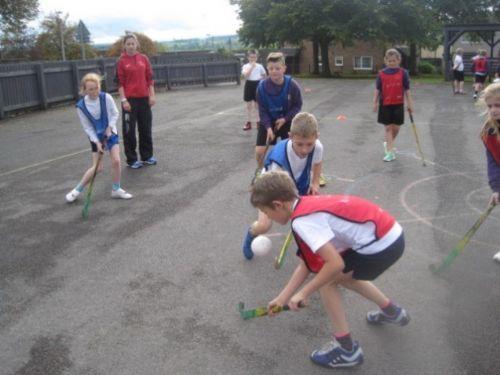 During the club the children practiced many skills, including close control dribbling, passing, tackling and some goal scoring which led them onto playing lots of matches and even learning how to umpire the games themselves.

The club was a great success with some of the Year 3’s having not played much hockey before, with help and the support from the Year 4s they can now all play a lovely game of hockey with lots of fabulous skills and teamwork.