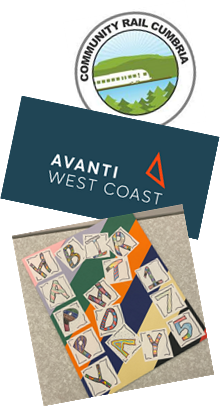 Penrith Railway Station Opened on 16th December 1846. It is the 175th anniversary this December!  Year 5&6 have made cards and posters with a Victorian focus for the station – so keep an eye out if you are in the station! We hope that passengers waiting for their trains will enjoy reading them.

This term we have focused on the changes that the opening of the Railway in 1846 brought to Victorian Penrith, Britain and the World. We started by comparing two maps: one pre-Victorian 1797 and the other Victorian 1892 - the maps showed enormous growth.

The Railway expansion created a great deal of employment; the workers needed an education. The Education Act of 1891 made it law that everyone had to attend school and that it was free.  Thomas Cook organised journeys by rail to the Great Exhibition of 1851. Many Penrith residents were able to travel to London for the first time. They visited the Exhibition in Crystal Palace. There were many exhibitions from all over the world - these countries were then part of the British Empire.

The opening of the Penrith to Cockermouth and the Carlisle to Silloth line meant tourists could travel to Keswick and to the seaside.  Mail trains whizzed parcels and letters around the country using the railways. The Expansion of Penrith saw the town centre grow with many shops e.g. Thompson’s the Ironmongers. Goods were brought in by train from industrial centres e.g.  Metal and Iron products were made in Birmingham, shoes in Northamptonshire, woollen goods in Kendal, Steel in Sheffield, Lace in Nottingham, Cotton in Lancashire. Fresh fish was brought in from the seaside and Fish and Chip shops became popular! 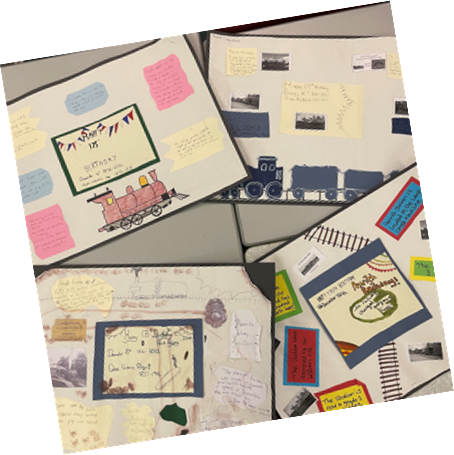 Did you know that the horses that transported goods from the stations belonging to Penrith Railway Company were stabled at the Castle?  The railway transported cattle and milk to cities from areas like Penrith. Many soldiers were transported by rail. The Boer War started in 1899 and ended in 1902. Many soldiers from Cumbrian  Regiments would have travelled by rail with their battalions to their ships, bound for South Africa.  We know that the Lonsdale Pals travelled 12 years later, bound for the Somme in France. Penrith Railway has seen it all - including film stars and royalty!

Happy Birthday to you. We couldn’t do without you.