North Lakes School were delighted to receive an invitation from our friends, 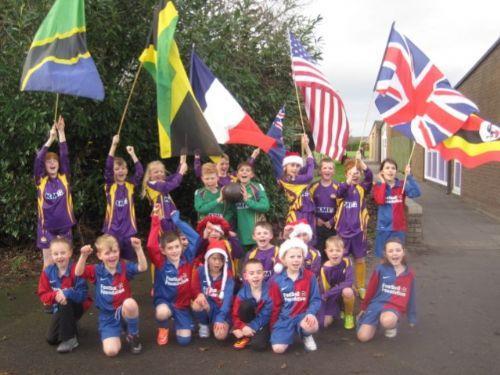 and sporting rivals, at Beaconside School to take part in a “Football Remembers” Event at Penrith Leisure Centre. Christmas 2014 marks the 100th anniversary of the remarkable Christmas Truce of 1914. 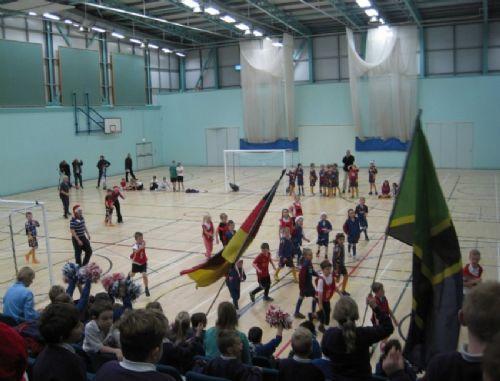 Large numbers of German, French, Belgian, British and Indian soldiers who were fighting in the trenches around Ypres put down their weapons for a few hours (and in some cases, days). The soldiers left their trenches, against the wishes of their senior officers, to meet one another, sing carols, exchange gifts and souvenirs, and at times to play football. This incredible story provides an example of peace, forgiveness and friendship which inspires people a century later.

Years 3 to 6, as well as teachers. Children were chosen by a raffle with a few special places given to children as sporting ambassadors or as a reward for excellent behaviour. 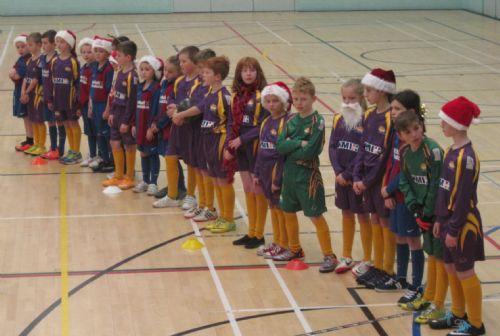 Both teams wore school kits adorned with Christmas accessories, and the game was livened up with various rule changes, handicaps and substitutions, so that a great deal of fun was had by all. The day was all about taking part, friendship and community - but just for the record the final score after an hour of entertaining and varied football was Reds 11 - Blues 4.