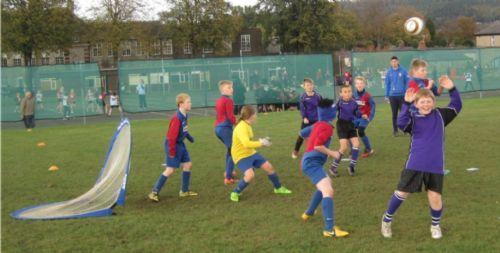 a terrific three teams taking part in the Eden Valley Sports Partnership Tournament at QEGS Penrith. This was one of two local Penrith area tournaments, and the winners and runners-up in each tournament progress to the Eden Valley “Champions League” finals in the new year. 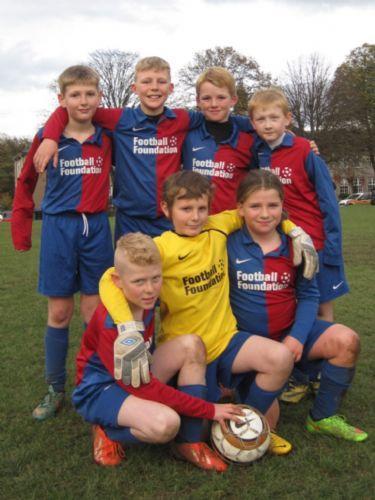 In the event all three teams were an absolute credit to the school. Their behaviour, attitude and effort was really good. The children supported each other, and worked really well in their teams, showing resilience and determination.

There were two Year 6 teams, named Red and Purple. The Red team won three of its group games 1-0, against Kirkby Thore, Beaconside, and North Lakes Purple while they drew the other game 0-0 with Yanwath. This meant they qualified for a semi-final which they again won 1-0, beating Kirksowald. Into the final, North Lakes Red worked really hard to gain a deserved 1-0 victory over local rivals Beaconside.

Congratulations to Bradley H, Bradley S, Harrison, Kieran A, Louis, Megan and Shay. Special credit to our goalscorers, Shay (who starred, scoring four) and Megan. This team now moves on to the Champions League final in the Spring.

North Lakes Purple was a Year 6 team which worked really hard and played really well together.

Ellysse, Emily, Jack M G, Jack P G, Jake, Kieran E, Matthew and Robi kept going throughout, and were often the better team in their three 0-0 draws with Yanwath, Beaconside and Kirkby Thore, only losing the once, narrowly, to North Lakes Red.

Our third team impressed with some very united performances. This team, called North Lakes Blue, was entirely made up of Year 5 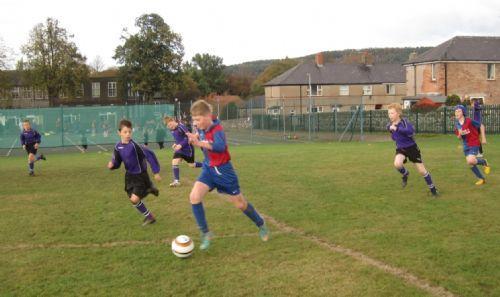 They won two group games and a friendly, against Armathwaite (2-0), Patterdale (4-0) and Kirkby Thore (2-0); just losing two group games against Beaconside (0-1) and Kirksowald (0-2). Congratulations to our goal scorers Mackenzie and Tyler (3 each) and Ollie (2).

Well done to all the players who represented the school so well. The Purple team now look forward to the finals while we await more competitions next year and an exciting new football kit that will be with us soon!