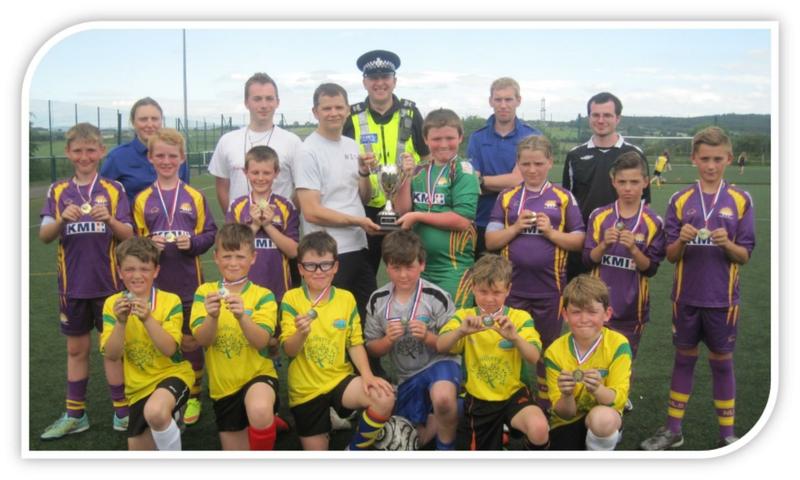 As part of the Cumbria Constabulary’s work to engage with young people promoting positive activities in their free time, Eden Neighbourhood Policing Team held a combined Football and Netball Tournament on Tuesday the 30th of June at Newton Riggs Sports Centre for primary schools across the area. The afternoon was well supported by teachers and parents on a hot sunny afternoon, some excellent football and netball was played, with an emphasis on respect and fair play.

League winners of the football, Kirkby Stephen and North Lakes School took part in a closely contested final with North Lakes School winning by a goal to nil and claiming the Herald Cup trophy for only the second time. Greystoke took 3rd place. Referees, PCSO’s Nick Hays and Stuart Glendinning, Special Constable Mark Robson and Sergeant Alan Taylor were impressed with some of the skills displayed. 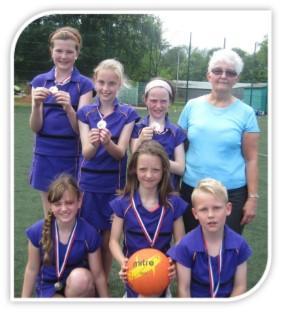 WELL DONE TO BOTH TEAMS FROM NORTH LAKES…  League winners Skelton and North Lakes School emerged league winners in the Netball, with Skelton convincing winners in the final by 8 goals to 0. Referees, PCSO’s Natalie Latham and Danielle Dixon said that both teams displayed excellent footwork and were a credit to their schools.

CONGRATULATIONS TO OUR NETBALLERS FROM NORTH LAKES…. Thank you to PCSO John Nicholson and Cumbria Police for organising the day and to the sponsors Newton Rigg College for providing the pitches, Penrith Building Society for sponsoring the medals, Lakes and Dales and Sainsbury's for providing refreshment for the children, and Shoecare of Penrith who sponsored the engraving.