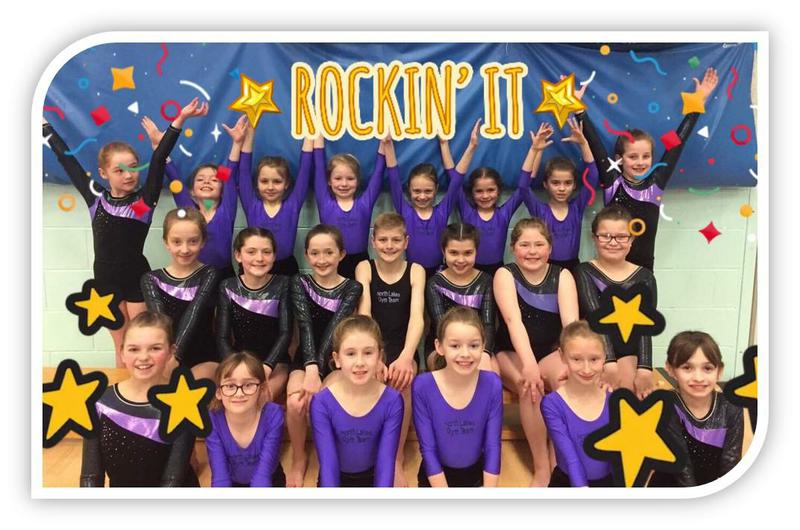 After great success in the earlier rounds of the Key Step Gymnastic Competition, two of our school teams won their age groups in the local Final and went on to represent Eden in the Cumbria Games this week. The children were all very proud of this achievement and had worked hard over the past few months to become more flexible, learn routines and vault with ever increasing style.

Penrith Leisure Centre did a spectacular job of hosting the event with participants coming from every corner of Cumbria. Competition was intense and the teams knew they had to give their best performances to be among the top finishers. The children needed to look the part as well as play the part and with recent fundraising efforts, school was able to purchase more of the new school leotards – we certainly wowed the judges and audience with our sparkles and glitter!

On the day, nerves were high as we reached the Leisure Centre where we were warmly greeted and given t-shirts and goodie bags. The atmosphere was electric! We were taken to our dressing room to warm up and get ready to march on and perform. Walking out to a clapping audience gave us butterflies in our stomachs as well as a sensation of being proud to have reached so far in the competition already.

We all performed well in our body management and quickly got over our nerves. Next was our vaulting, a category we all perform well in. Finally, it was time to perform our individual floor routines to music in front of our parents and a rather large crowd. It was a lovely way to end many months of hard work and Mrs Greenwood said this was the best she had ever seen from us on the floor!

As we all gathered to hear the final results announced, we crossed our fingers and hoped for the best. The Year 3&4 Gymnasts came an astonishing second place in Cumbria. They were all delighted to be so highly placed. As the Year 5&6 results were announced in reverse order, the closer we got to first the more excited we became. Our name was called out in fourth place, and we all sighed - however as the initial disappointment wore off, we were all over the moon with this result and were proud to be placed fourth in the whole of the county!

Our performances were measured individually too with a star rating award. All gymnasts who participated gained a star award to recognise individual performance within a team. As well as certificates, we all received a Key Step Star badge.  A huge well done to the following who gained a 2 star award, presented to gymnasts scoring up to 24 points:- Jasmine, Ben, Rianna, Olivia, Amelia, Kate W, Amy S and Ava. Further congratulations to our four gymnasts: Amy T, Lexi, Katie G and Maria, who gained a fantastic three star award!  That’s it for this year, some of us will return next year to perform again, while others will move on to their new schools and hopefully continue their Gymnastics for the school teams. Thanks to all who have supported us, families and staff.