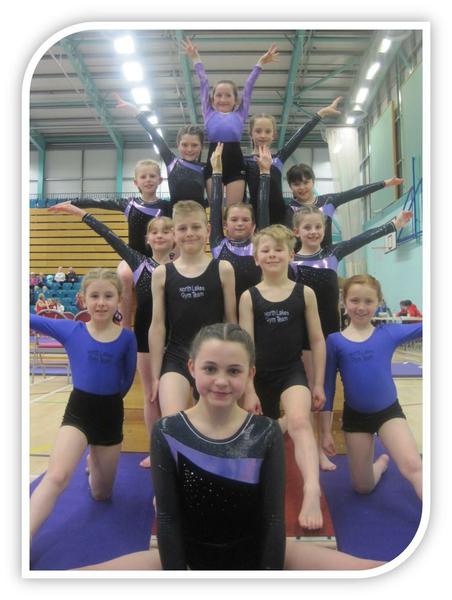 Many children have enjoyed coming along to gym club this term. The children have worked hard at perfecting their cartwheels and handstands, gaining in confidence and honing their skills. As they have put together floor movement routines, (handstand to forward roll, backwards roll to straddle, etc), and learned to vault they have shown increased control of their bodies in the body management section.

Twenty-five children from across the school participated in our local competition at the Leisure Centre – this is the most children we’ve ever taken – and they all did us proud, performing to the best of their ability. Two teams won their Penrith competitions, qualifying for the Eden final where once again they were fantastic ambassadors for the school. The Year 5&6 team triumphed to become champions of Eden and have gained a place in the County final on the last day of term.

Well done to all the children and to Mrs Clark and Mrs Greenwood for their support and coaching skills!

This week saw a record number of gymnasts from North Lakes, Years 3 to 6, boys and girls performing in the first round of the EVSP competition.

All gymnasts have been rehearsing hard over the past two terms to polish their performances ready for the big day. Everyone gave their best and Mrs Greenwood, Mrs Clarke, parents and school friends were so proud as the teams performed at Penrith Leisure Centre.

Congratulations to North lakes A in both categories who will now perform in the Eden final next week.