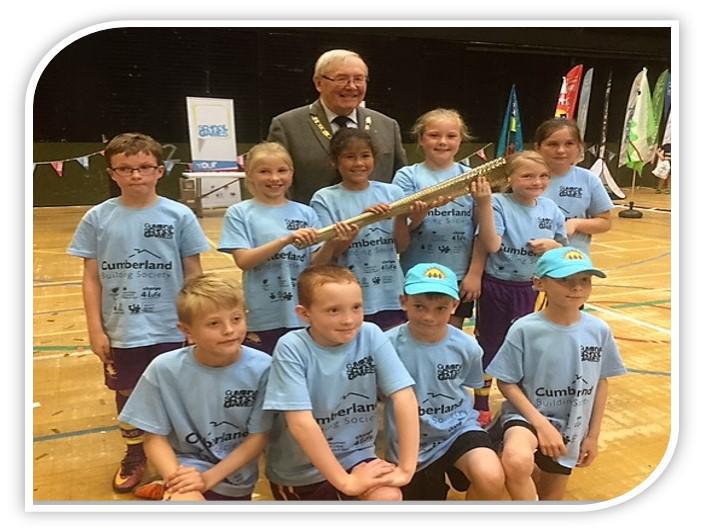 With our Y3&4 tennis and hockey teams qualifying for this event this year, we set off from North Lakes with great excitement. Heading to the opening ceremony in Carlisle at the Sands Centre, both teams felt immensely proud to be representing their school and Eden district.

We were greeted by celebrity comedians, Mr Stretch and Mr Strong who entertained us while guests of honour arrived and we all prepared for a full day of sports ahead of us. Heading the line of celebrities this year was the inline skating world champion Jenna Downing, Olympic hammer thrower Bethan Lishman and wheelchair athlete Simon Lawson who competed in the Rio Olympic Games. 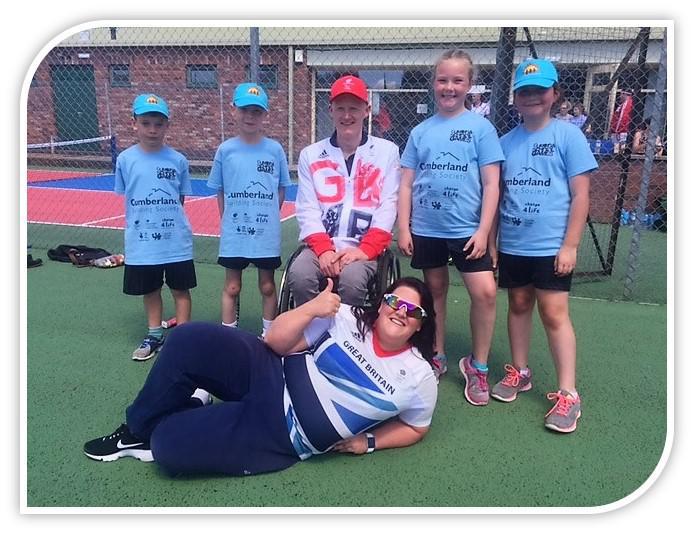 The tennis team played 5 other schools from around the county – Grange, Stanwix, Thomlinson, St Begh’s, and Chetwynde A. Everyone won a game or two and the games we lost were all very close with some nail-biting match points. North Lakes’ team of Lyla, Ronnie, Robbie and Millie finished in tenth place and earned many points to be added for the team award. The team did extremely well and were often competing against children a little older than them - a huge well done to you all.

The Y3&4 hockey team made up of Ewan G, Karson B, Connor H, Briana C, Amy A and Simona M played extremely well. They won all their games, 4-1 against St Martin & St Mary's, 3-2 against Beckstone and 5-2 against Hayton, finishing top of the group. They went on the play Thomlinson Junior in the semi final, which they won 5-2 but ultimately lost to Kirkby Stephen in an Eden v Eden final 4-1. 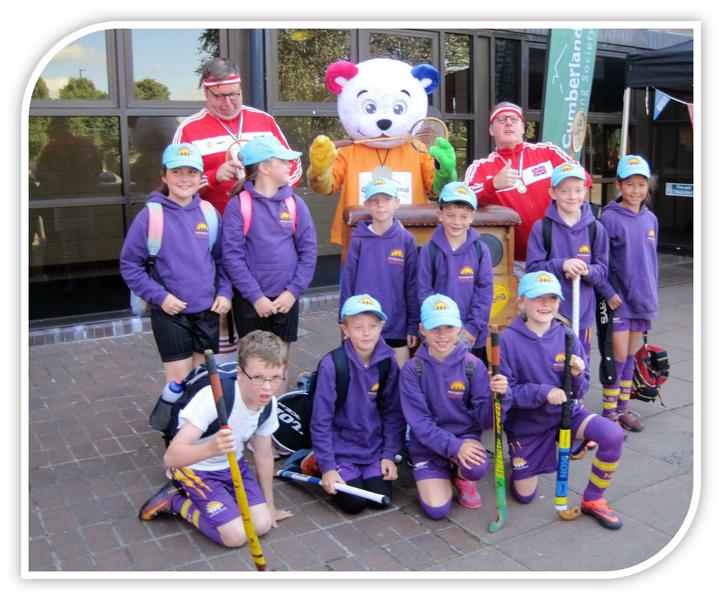 Both teams were a little tired back at the Sands Centre for the closing ceremony; all a little sun kissed and weary from the day. Jenna treated us all to a short showcase performance ramp jumping over 9 people! You had to have a lot of courage and guts to volunteer to assist her. We all received goodie bags and then the final awards were presented with Eden topping the podium as Cumbria Games Winners!

Well done to all involved and a great big thank you to the staff and parents who accompanied us along the way, cheered us on and supported us with pride.