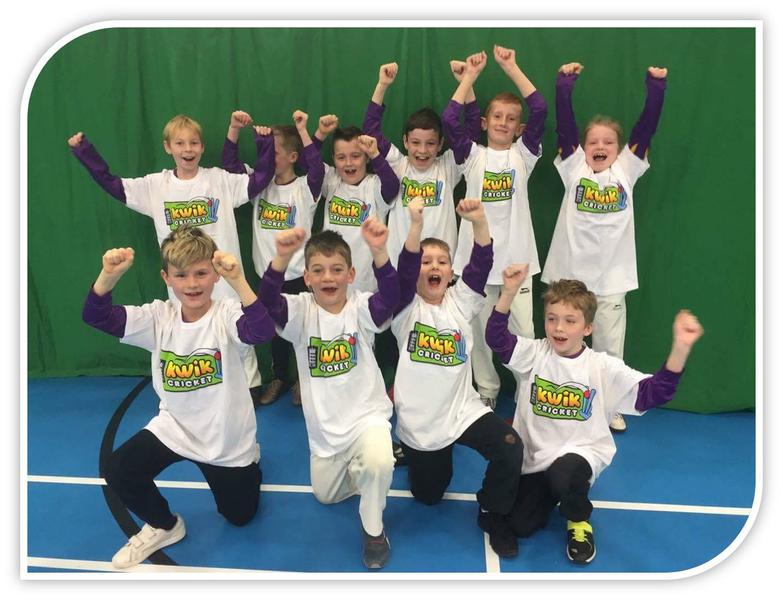 We participated in both festivals in Eden and all girls and boys had an enjoyable time.

The Year 3&4 team showed promising skills, taking wickets, catching balls and hitting a six or two! The boys and girls in this team will be ones to watch come the summer season. Well done to Rob, Dylan G, Alex, Dexter, Robbie, Ronnie, Amy S, Georgio, Caden and Nathan for representing the school so well – you were great sporting ambassadors winning 4 out of your 5 games in the festival and showing a great sporting attitude.

On Thursday 25th January 2018 a group of ten pupils Y5&6 pupils set off to Kirkby Stephen to play in an Indoor Cricket Festival.  In the first match, North Lakes played Appleby and won 271-217.  Appleby played well but we managed to prevent them from getting the 72 runs they needed. Going through to the second game, we had our heads held high but unfortunately were beaten 222-241 by a strong Penruddock side but we didn’t let that make our feelings negative. Fortunately, we came out on top in our final game beating Brough 294-239; we  were pleased that we had been victorious after missing out on the better result last time.

With Brough having to leave early, it was decided to have a huge game of diamond Cricket involving everyone. We were split into teams and the fun began.  With team one batting first the games was all stayed in until everyone was out! After a fun round with many runs scored, we swopped sides and tried to field as well as we could. All in all, it was a rather enjoyable way to finish the festival. Roll on the Summer months as we are all looking forward to evening matches and a little more fun.

By Ben and Ewan