Friday November 18th. The theme was ‘Super Heroes.’ Children paid £1 to dress up as their hero, and several came as their Mum, Dad or another family member. There were a couple of James Bonds and many army, navy and nurse personnel. Several children even came as staff members, which was a real compliment! 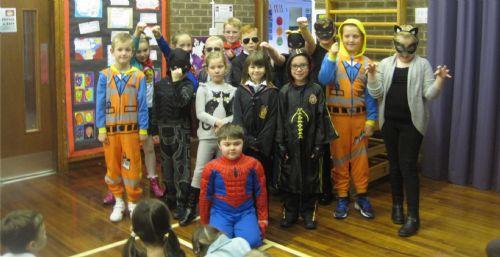 Our children never have to be persuaded to dress up for charity sponsorship days, they just love to do it. When Children In Need announced their theme this year was Super Heroes, they were even more keen! 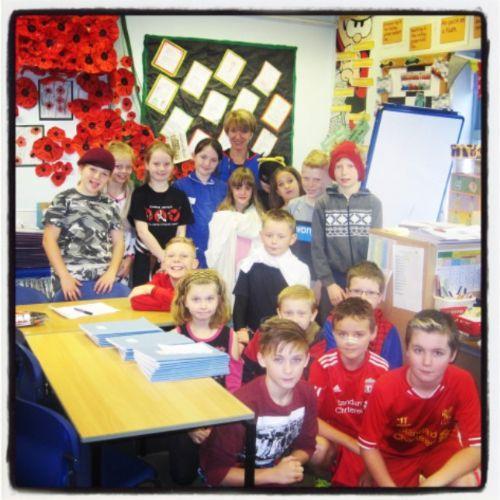 Kofi and Charlie each had the idea to dress as a member of staff - they didn’t know the other one had the same plan - and, dressed as their super heroes, they walked around school name-tagged as Miss Rollings and Mr Pincombe!