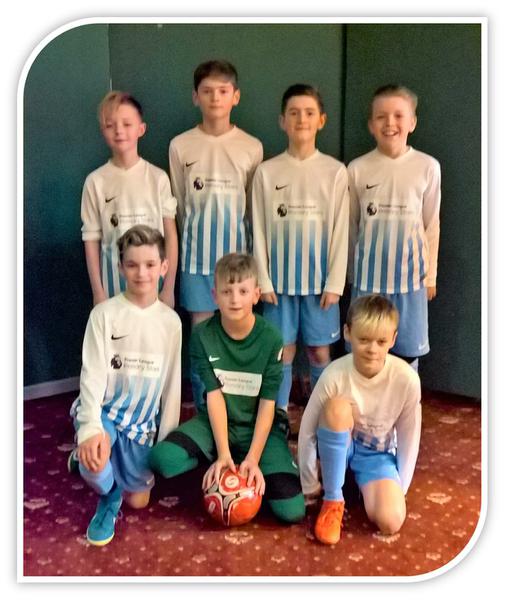 Seven footballers from North Lakes School worked hard to produce some skilful and resilient performances at the Sands Centre five a side tournament in Carlisle on Saturday 20th January. This is a tough tournament where around forty schools from Cumbria and south west Scotland compete over a day of exciting indoor football matches.

North Lakes played very well together to win their challenging group. With wins over Langholm (3:1) and St. James’s Whitehaven (3:0), they went into their final game against Lochmaben needing to avoid defeat by two goals or more. In a tense, competitive game Lochmaben came out as 3:2 winners, so North Lakes progressed to the afternoon’s semi final.

Opponents in the last four were Kingmoor Junior School from Carlisle, who proved to be both strong and skilful. At the end of a long afternoon, North Lakes battled bravely but went down 4:0 to an excellent team.

The 2018 squad had performed as well as any team from North Lakes in the past ten years in reaching the semi final: well done to Kai, Kayden, Layton, Logan, Mason, Matthew and Ryan for their teamwork, effort and success. Congratulations to our goal scorers Logan (4), Layton (2), Mason and Kai, and many thanks to all the parents who supported the team, enjoying a really entertaining afternoon of football.