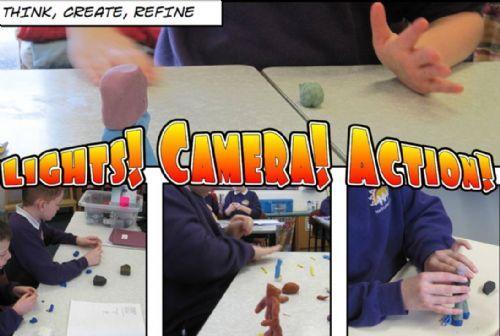 North Lakes children in Year 6 experienced a fun filled day with Adam the animator!  Resilience, patience and tolerance were the key skills necessary when constructing the animation features and scenery!! These were photographed to make a short sequence of movements!!
They gave Wallace and Gromit a run for their Money, furthermore North Lakes children realised that making a film with plasticene models took forever!!!
Creative year 6 children made plasticene characters from Romeo and Juliet: the nurse, Romeo, Juliet, Mercutio, Benvolio, Tybalt, the Friar, Lord and Lady Capulet, Lord and Lady Montague and the Prince. Despite having a day to make the animated film, the plasticene characters took a whole morning. Contrary to belief it was quite complicated. The figures had to be heavier down below to support the weight above; consequently many alterations had to be made. One student was heard to mutter, “Will we ever be ready?”
Collaboration was an essential skill between team members! Relationships had to be nurtured and maintained throughout the morning. There were differences of opinion that had to be resolved between all members of the team. Leaders emerged within each team, they learned to lead rather than dominate. It is an essential skill leading, but letting everyone make an individual contribution. Good leaders also recognise the great qualities of each team member. Resilience was essential, it became apparent that some team members got frustrated if models fell over; they had to resolve the difficulty and stick with it!!  Risk taking was necessary…. Some team members encouraged others to be a little more daring!!!
Photographing the models took a great deal of time and patience! 5 lips were made to represent the five vowels when speaking!!  One movement of an arm took 30 photographic shots, meanwhile each model and scene had to be maintained and repaired!!! Reflective students realised that one scene of Wallace and Gromit must have taken days!!!
Loading the camera onto movie maker was the final stage of the project… unfortunately not all students completed this part of the project as Albie was in and everyone was involved in his dance workshop!! Summarising the day students concluded that resilience, relationships, resourcefulness, risk taking and reflection were essential key skills for getting the most out of any learning experience!!! 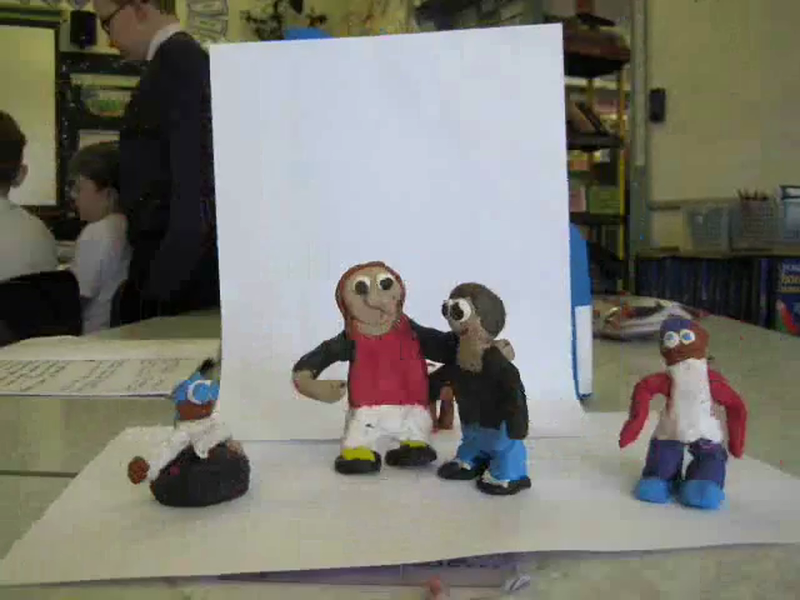 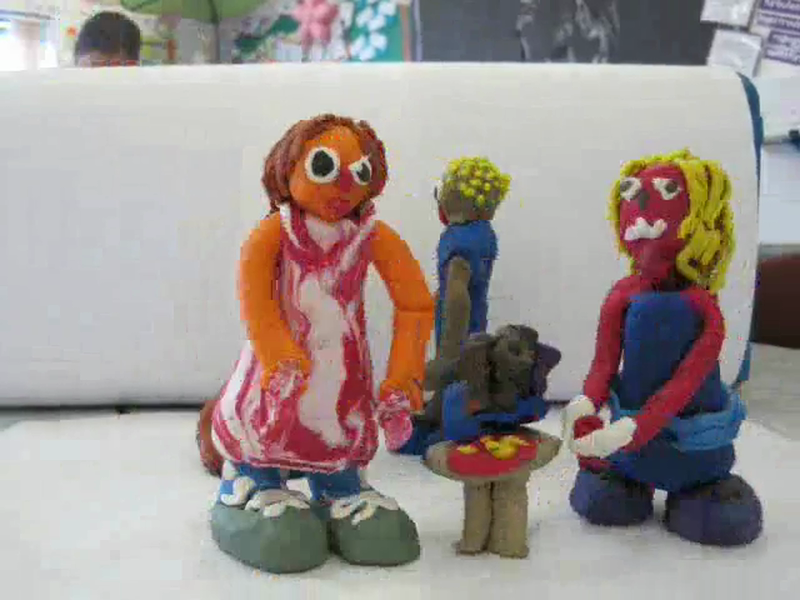 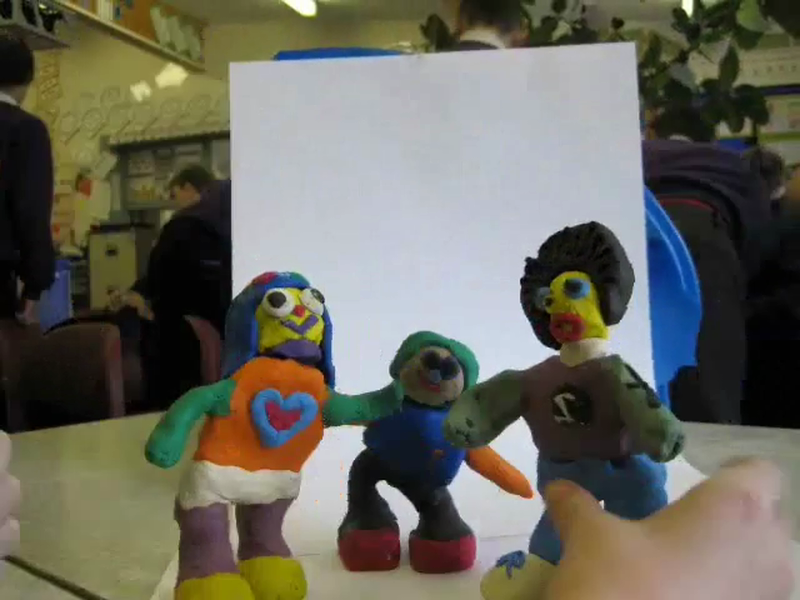 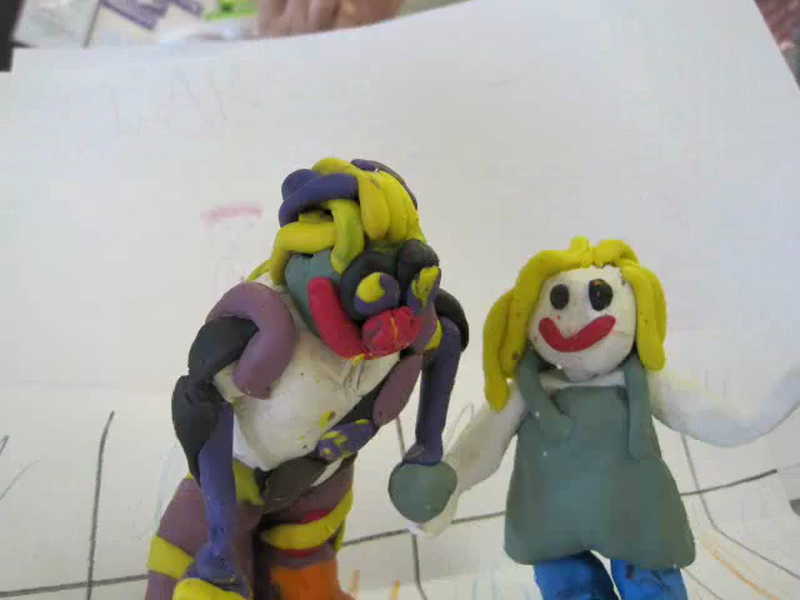 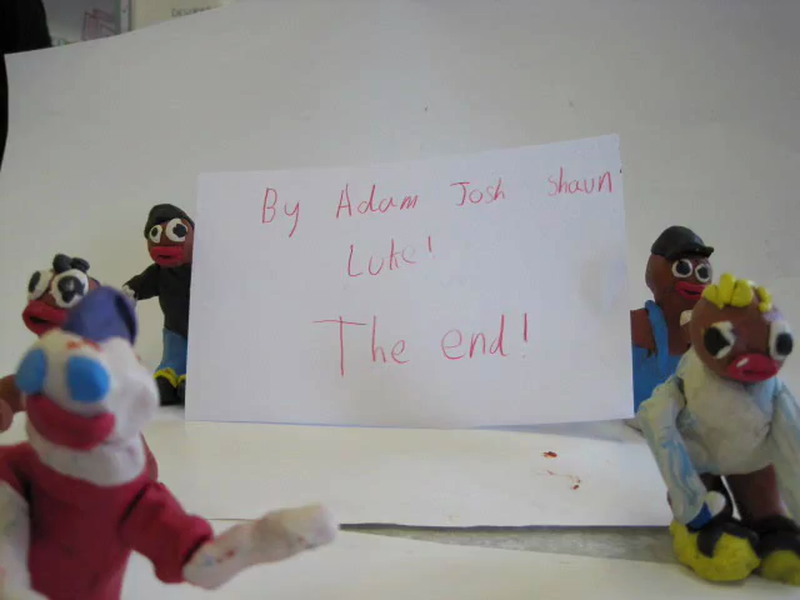 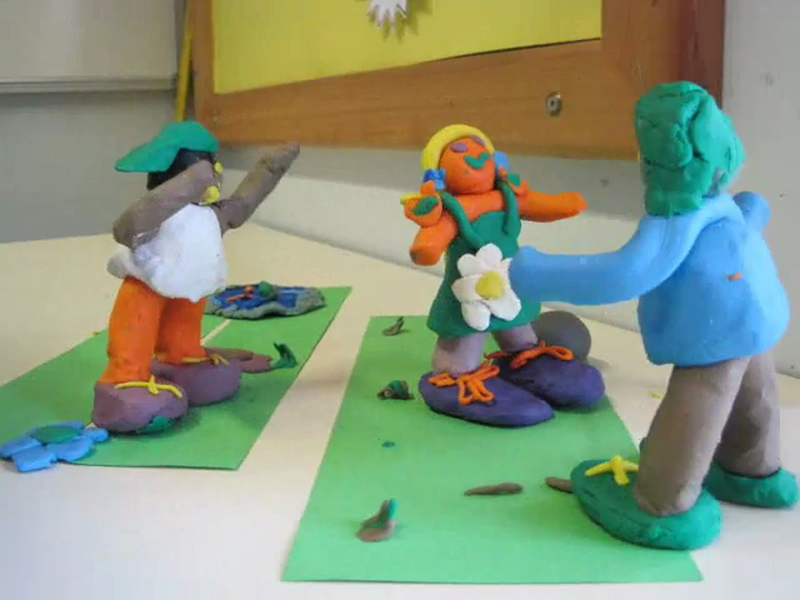